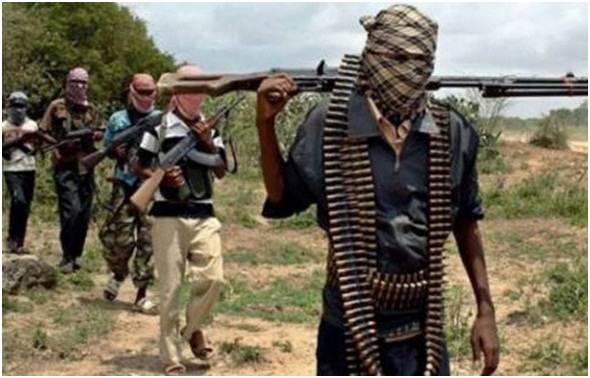 Suspected kidnappers who abducted an intending couple along Ilasa/Ayebode road in Ekiti East local government of Ekiti State have reportedly reduced the ransom demanded to three million naira.
A source close to the family said the kidnappers who had earlier demanded for five million naira before the couple could regain their freedom, later reduced the ransom.
But the police spokesperson n the state, Mr Sunday Abutu, said there was no negotiation between the family of the couple and the kidnappers.
The PPRO, however told The Hope Metro that the police have arrested three persons in connection with the abduction.
He said, “Immediately we got the report, the Police Commissioner, Babatunde Mobayo mobilised our men and officers to the surrounding forests.
“As I speak, our men are working in conjunction with Amotekun Corps, local hunters and Vigilante groups combing the forests to free the victims.”
Abutu said those arrested are being detained at the police headquarters in Ado Ekiti and that they would be arraigned as soon as the investigation is concluded.
It will be recalled that the intending couple were kidnapped along Ilasa- Ayebode road in Ekiti East Local government area of the state.
The couple, according to a sources were returning from Ado Ekiti where they had gone to purchase some items in preparation for their wedding when they were accosted by gunmen .
They were said to have been ferried to an unknown destination before they contacted the family and demand for ransom.
“The victims were preparing for their wedding. They came to Ado Ekiti to purchase some items and they were returning to their base when they were accosted on the road by gunmen and kidnapped them.
“They were accosted at a very bad portion of the road where the vehicle slowed down. Deplorable condition of our roads was responsible for some of these Kidnappings,” he lamented.