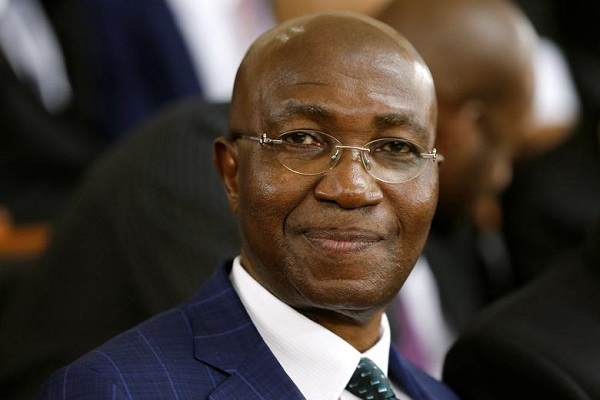 The Ekiti Council of Elders has called on the State House of Assembly members, the ruling party and party leaders to close ranks and allow peace to reign in the hallowed chamber and the state.

Similarly, a Senior Advocate of Nigeria, Chief Wole Olanipekun, condemned the crisis and stressed the need for the lawmakers to allow peace to take its full stand at the assembly.

Olanipekun in a statement personally signed, admonished the lawmakers to sheath their swords by allowing the earlier election of  Aribisogan as the speaker to remain.

“It is rather unfortunate that the ruling party in the State has chosen this bizarre manner and route to welcome to office the Governor produced on its own ticket! They are most unfair to both the Sheriff and the good people of the state.

“As an Elder and stakeholder in the State, I plead to all the feuding parties, their sponsors and backers to sheath their swords.

“They should be reminded that the State does not belong to them alone , but to all of us , the politicians are in the minority, hence they should stop seeing , taking and treating the State as their fiefdom , property or estate. Now, my proposal to end this self imposed crisis: Let the Speaker, freely elected by the legislators, Hon. Olugboyega Aribisogan be.

“While the Deputy Speaker, who was elected alongside the late Hon Funminiyi Afuye retain his position . To me , this is a win – win approach , and in my private discussions with some principal actors in the unwelcome drama, I have made this proposal, but politicians always, but wrongly believe that they possess the monopoly of wisdom” he stated.

Similarly, the Council in a statement signed by its Secretary General, Mr. Niyi Ajibulu on behalf of the Council President, Professor Joseph Oluwasanmi, decried the unnecessary power wrangling in the legislature.

The Elder’s Council implored the Assembly members to be peaceful and honorable in their dealings in the interest of the government and people of Ekiti State.

According to the Ekiti Council of Elders’ President, it is expedient on the House to elect a new headship but not in a manner that denigrates the Ekiti core values of straight forwardness, selflessness, dedication, dignity and with decorum.

“The Council of Elders is concerned that at this critical period, when the citizens are groaning under high inflation on goods and services, unemployment, insecurity assembly members ought to be focused on constructive engagements with the new administration in addressing these challenges.