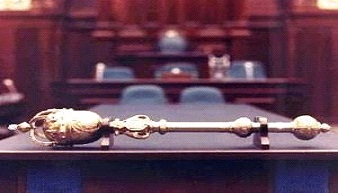 Ekiti State House of Assembly has  organised a special plenary and rally stakeholders against the vices of Gender Based Violence (GBV) as part of activities to commemorate the 16 days of activism against gender based issues in the state.

In a statement in Ado Ekiti, by the Chairman of the House Committee on Media and Public Affairs, Adeoye Aribasoye, said the programme which  will hold  today  Monday, 12 of December is part of the activities of the House to  disenchant with the rate at which GBV was increasing in Ekiti, despite concerted efforts to rout it, hence the need to organize the special session.

The statement said participants scheduled to present position papers at the plenary will include the Ekiti State First Lady, Dr. Olayemi Oyebanji, the former Attorney General, Mr Olawale Fapounda (SAN),  representatives of the Judiciary, Nigeria Bar Association, Civil Society Organisations and other critical stakeholders pivotal to the war against GBV in the state.

It added that, the session also aimed to review the adequacy of the laws and other government policies on gender based issues, in order to determine whether gaps exist and what needs to be done specifically in the area of joint action by government and civil societies .

The programme, scheduled for the main Chamber at the Assembly complex will start at 10 am prompt.