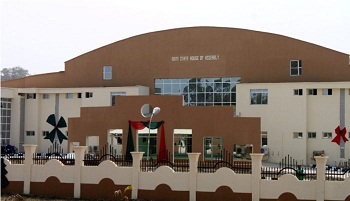 The passage followed the presentation of the report of the House Committee on Finance and Appropriation that scrutinized the budget estimates.

Presenting the report, the Chairman of the House Committee on Finance and Appropriation, Lateef Akanle, said Ministries, Departments and Agencies appeared before various Committees of the House to defend their estimates.

He further stated that the budget tagged, “Budget of Strong Beginning” covers all areas of the present administration agenda, and if implemented to the letter, will improve economic wellbeing of Ekiti people.

The Appropriation Committee Chairman said that his Committee observed that the budget was tailored among others things such as improving the agricultural sector,  medium scale enterprises for teeming youths and improving the internally generated revenue of the state to reduce dependency on Federal Allocations.

The Speaker of the House, Olubunmi Adelugba, who presided at the plenary, commended the committee on Appropriation and other Committees who took turn to scrutinise the appropriation bill  for a job well done.

Adelugba tasked managements of Ministries, Departments and Agencies (MDAs) to adhere strictly to budgetary provisions to enhance development of the state.

The House  adjourned plenary till 30 January 2023.