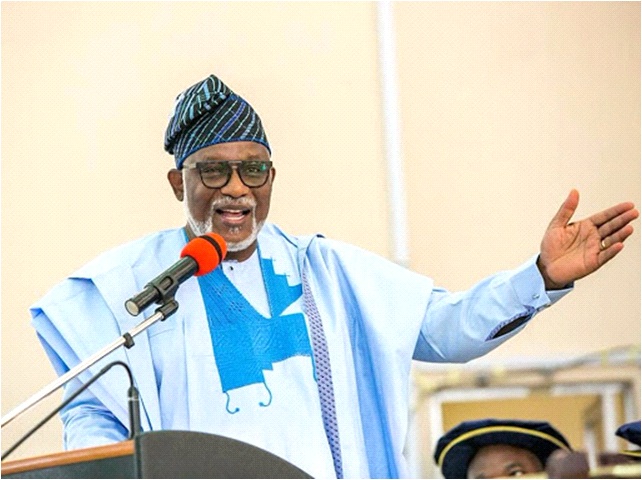 The people of Ikere-Ekiti have raised alarm over what they described as invasion of cultists and local bandits terrorizing their community.
They also called on the State Government to assist the community to tackle the menace of local bandits operating in the area.
The monarch of the community, Oba Adejimi Adu, raised the alarm while presenting a cheque of N60 million support fund to the management of the University of Education as part of the community’s support for the take off of the institution.
The monarch explained that the call became imperative owing to the establishment of a new university that would attract a lot of people with different characters into the town, saying : ” I don’t want the lives of the students and my people to be endangered.
“I have heard complaints from the school management about cultism and some herdsmen who were bombarding the institution . This shouldn’t be tolerated. The government must deal with these people for us to have peace.
“I commend all my subjects, especially Chief Wole Olanipekun (SAN), the Chancellor of the institution for always standing by us at all times and for being the pillar of our success stories”
Similarly, the governor of the state, Dr Kayode Fayemi, applauded the people of the town over their support towards the smooth running of the newly established Bamidele Olumilua University of Education, Science and Technology, Ikere-Ekiti (BOUESTI).
The College of Education in the town , established in 1978, was last year October upgraded to a university status, with the community promising to contribute a sum of N500 million as part of the collaborative efforts to ensure smooth running of the university.
Fayemi, represented by the Commissioner for Education, Dr. Olabimpe Aderiye, disclosed this at the weekend when Ikere Ekiti Community presented the cheque to the newly established BOUESTI, located in the town.
Fayemi reiterated the commitment of his administration to sound and qualitative education through proper funding , saying his government will strive hard to ensure that every interested Ekiti citizen has access to good education up to university cadre.
The Chairman, Funding support to BOUESTI, AIG Tunde Ogunsakin (Rtd), resprented by Pastor Tope Orolu, said the fund was a partial fulfillment of the pledge of financial support to the governing council of the institution .
Ogunsakin urged the university management to run the institution like a truly 21st century institution through “radical curriculum reform, research-oriented education, technology transfer, intellectual exchange programmes and edu-tourism initiative in the institution”.