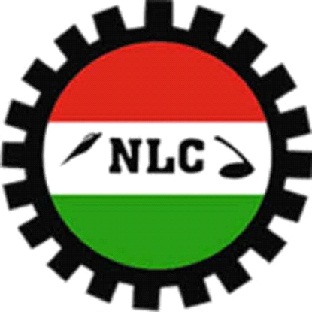 Organised labour in Ekiti state on Tuesday denied the allegation of being compromised and sold out to the government on the resolution of payment of outstanding workers’ salaries, pensions and other benefits in the state.
The unions said issues surrounding the salary and promotion arrears , deductions, leave bonus, pension, conversion and gratuity arrears, were being zealously demanded for.
In a statement jointly signed by the Secretaries of Nigerian Labour Congress, Comrades, Eunice Akinyemi, Trade Unions Congress, Lawrence Kuloogun and Joint Negotiating Council, Gbenga Olowoyo in Ado Ekiti, on Tuesday the unions described the allegation of compromise against them as spurious, unfounded and baseless.
The unions leaders were reacting to a statement credited to a group tagged : ‘Concerned Workers’, which alleged that the labour unions had been bought over by government and their voices subjugated to be able to press for benefits due to workers.
The bulletin circulated by the anonymous group reads: “our meeting resolved to give another seven days ultimatum to our Labour Leaders at all levels which commences on Wednesday , 24th June, 2020 and lapses on Tuesday, 30th June, 2020 to do the needful.
‘On Wednesday, 1st July, 2020, if nothing is done all workers shall embark on protest with placards”.
But reiterating that the ultimatum didn’t emanate from the joint labour unions, the labour said: “The organized labour found it expedient to keep the so called concerned workers abreast of efforts of the leadership of the organized labour on issues affecting service matters and welfare of workers in the State.
“First and foremost, it is no more news that issues of outstanding implementation of promotion spanning 2015, 2016, 2017, 2018 and 2019 have been overwhelmingly discussed with the State Government”
On the issue of pension, the unions averred that “naturally, a worker today will definitely retire one day, hence, the Organized Labour is very much passionate about the welfare of pensioners who are senior citizens. The organized labour takes their welfare with priority without doubt; the State Government has been engaged severally in this regards”.
The organised labour clarified further that “the issue of conversion and advancement raised by the concerned workers are very important and the State government has been advised to act passionately about this in order to encourage career fulfillment of workers that had gone to acquire additional educational qualifications.
“It is instructive to put on record that several letters have been written by the leadership of the organized labour in respect of the recurrent issues bothering on the workers welfare; as we have not at any time rested on our oars as being speculated in some quarters.
“We have not at anytime be at the defence of the State Government or compromise, more so that the labour leaders are equally affected in the circumstance we found ourselves”.
The organised labour, however, encouraged the state government to take cognizance of the demands of workers and address the issues urgently.