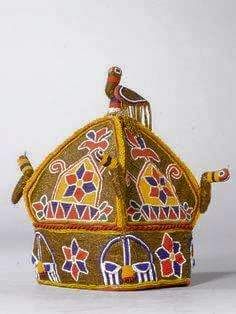 From Victor Akinkuolie, Ado-Ekiti
|
The traditional ruler of Okemesi Ekiti, Ekiti West Local Government,  Oba Michael Gbadebo Adedeji, has called on both the Federal and Ekiti State Governments to focus more attention on the development of the tourism sector as an alternative source of revenue generation .

Oba Adedeji made this call  in his palace on  Thursday during an interaction with Journalists, as part of activities marking the celebration of  the 2019  edition of the bi- annual  Oladunwo egungun festival in the town.

The monarch explained that tourism as a sub-sector of the economy still remains an untapped gold-mine that is capable of solving the problem of unemployment among the youths especially in Ekiti state and Nigeria at large.

Oba Adedeji described his community as a tourist gold mine with many potentials  that can boost the Internally Generated Revenue of Ekiti State. He called on government and other international agencies to promote the Oladunwo festival to an international festival like the Ojude Oba festival in Ijebu-Ode.

Also speaking, a former  Director General in  the Ministry of Culture and Tourism Development in Ekiti State, Prince Kayode Oni, regreted that the  brave attempt to establish a war museum by the community has not been complemented by the government.

Oni  who  heads  the  Cultural Heritage and Tourism Development  Committee  set  up by the Owa Ooye in Council and the Federation of Improvement Union Okemesi said,  ” the  war camp and other tourism sites in Okemesi have not attracted the attention of any administration of governments in the State, despite frantic efforts made by the indigenes of the community to build a ‘Fabunmi-House of History’ for students of higher learning and other research institutes “

A community leader, and  a member of Ekiti State House of Assembly,  Hon Sunday Ajibade Owolabi also urged government to  support the community towards the execution of some projects which include,”  renovation and completion of Ekiti Parapo Resort Centre/War Museum site at Ita Balogun area, Okemesi-Ekiti, projection of all culture and tourism-related attractions in Okemesi and the celebration of Okemesi Heritage Festival 2019.