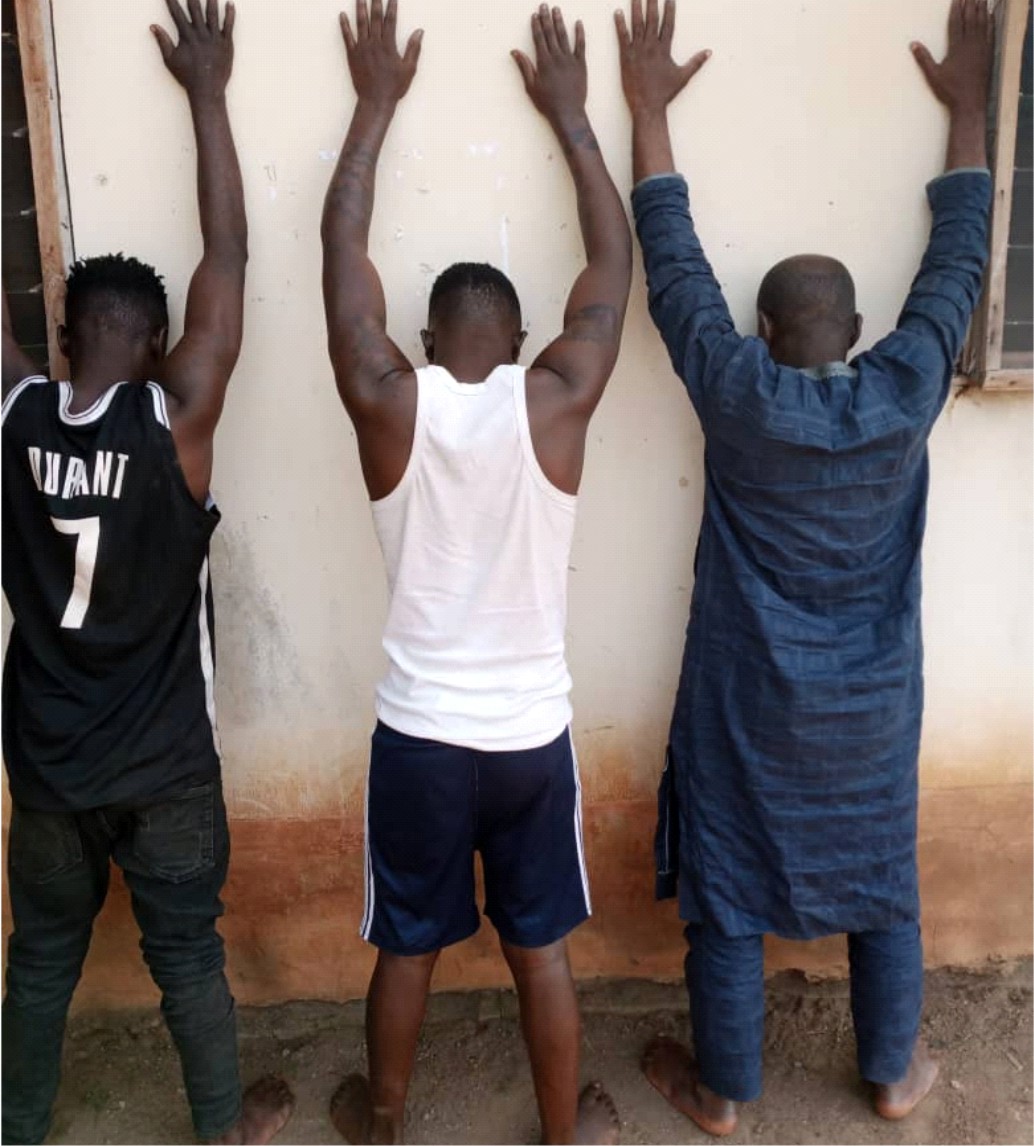 He said the suspects were arrested by the Counter Terrorism Unit (CTU) of the Command, after series of antics to evade arrest which later led to a pandemonium amongst the youths in the town.

The Ekiti NSCDC spokesperson explained that preliminary investigation showed that the suspects are into cyber crime, cultism, and drug peddling.

He added that one of the suspects, Kayode Fagbamigbe, who claimed to be a student was alleged to be in the country for the purpose of transporting drug into Tanzania while Samson Omotayo is a  specialist in cannabis Sativa processing .

“The two suspects are in the Counter Terrorism Unit of the State Command where they are assisting the Unit in their investigation so as to arrest others who are at large. The suspects will be charged to court after the conclusion of  preliminary investigation by the Unit.

“In the same vein, a fake travel agent from Oyo State was arrested by the CTU of the command after defrauding prospectus pilgrims to the tune of 13million naira in Ekiti, Ondo and Osun state.

“The suspect Alhaji Nurudeen Adebayo Razak in 2020 and 2021 collected huge amount of money from Muslim faithful, who wanted to travel for Hajj in Saudi Arabia.

“Alhaji Adebayo did not process any document in respect of the Hajj exercise instead, he disappered with the money since 2021. All efforts to trace him proved abortive as he has changed his mobile number and his known addresses, making it difficult to locate him.

“The CTU has been inundated with complaints from the Muslim community in Ekiti State about his fraudulent activities and threat to life of the victims which made the unit to trail the suspect to Oyo state where he was arrested and brought to Ekiti State.

“The suspect has confessed to the crime and he is also assisting the Unit in their investigation. He will be charged to Court as soon as possible.