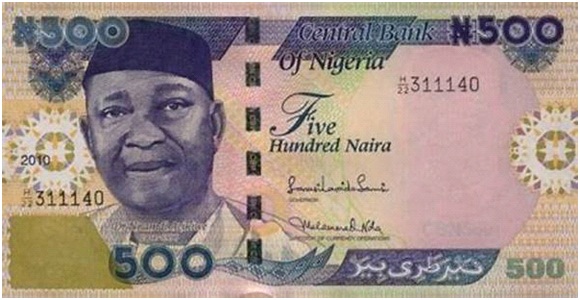 While parading the suspect at the command headquarters located along Ikere road, Ado-Ekiti, the NSCDC Commandant in Ekiti, Mr. John Fayemi, said he  was arrested by men of the Anti-terrorism operatives of the Command, on January 8, after discreet investigation.

Fayemi explained that he was stole the money in a neighborhood residence along Afao road Ado-Ekiti, the capital of Ekiti State.

“After thorough investigation, we gathered that he used the money to buy phones for himself and various gifts for his girlfriend, while also embarking on spending spree during yuletide by lying to his friend that it was his father that sent him a sum of N100,000 for Christmas and New year celebrations”.

During the parade, the Commandant also paraded one Daniel Emmanuel, who was alleged to have stolen fabricated metals, saying the man became a suspect owing to his recurrent involvement in nefarious crimes in the area where the incident happened.

He assured thatl the suspects would be prosecuted after the conclusion of investigations into their matters.

Fayemi described as mere insinuation, the rumour that members of a certain ethnic group perpetrating crimes in Ekiti were being spared from arrest and prosecution.

“Most of these things are insinuation. Recently, the federal government listed  bandits as terrorists, so law has no respect for ethnicity and religion. Those perpetrating crimes are not being arrested based on ethnicity or religion.”

Fayemi regretted the upsurge of kidnapping in the society and internet fraud on campuses across the country, predicating this on youth perception that it was an opportunity to get rich quickly and easily.

“We are working with police and DSS to unravel those who are perpetrating theses crimes. We are also working with religious, traditional and community leaders for enlightenment campaign to conscientise the youths and wean them of their criminal tendencies.

“We know that we have to be proactive, that is why we are gathering intelligence to foil some of the activities of these criminals kidnapping people and defrauding people via internet.”