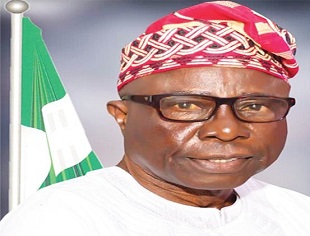 The Ekiti State Government has declared the  installation of one Mr. Stephen Ajayi as the Obanla of Ipao Ekiti  illegal, null and void.

The Deputy Governor, Otunba Bisi Egbeyemi, said the installation was done contrary to the laws governing the nomination, selection and installation of Obas in the state.

Egbeyemi stressed that since the  installation was against the Ekiti State Chiefs Law, it is null and void and of no effect whatsoever.

The Deputy Governor said the full wrath of the law would be visited on those who performed the installation and the candidate who submitted himself for installation done contrary to the provisions of the Ekiti State Chiefs Law.

Otunba Egbeyemi noted that the illegal installation of Ajayi as the Obanla of Ipao Ekiti was carried out on November 22, 2021 and again on May 18, 2022 making it the second time such an action was performed without the knowledge, consent and the permission of the state government.

He emphasized that the law will take care of the situation to prevent breakdown of law and order that the purported installation could wreak on Ipao Ekiti.

He pointed out that the Ekiti State Chiefs Law frowns at installation of an Oba without due process and the authority of the state government.

According to him, the law stipulated punishment for anybody who installs an Oba without the authority of the state government and anybody who submits himself to be made an Oba illegally.

“The purported installation is clearly against the Ekiti State Chiefs Law and because it is against the law, it is illegal, null and void and of no effect whatsoever.

“It is no longer business as usual, the law will take care of the situation. All those involved in illegal installation in Ipao Ekiti will have their date with the law.

“This government was put in place to uphold the law and it will not watch and allow some individuals violate the law and throw any part of the state into chaos.”