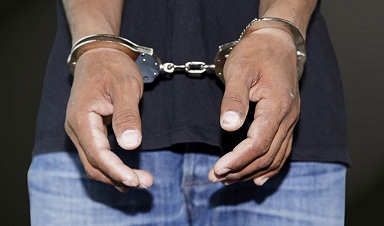 From Victor Akinkuolie, Ado-Ekiti
|
Police in Ekiti State command has confirmed the arrest of one person suspected to be a member of “Eiye” confraternity in Ado-Ekiti, capital of Ekiti State.

The Commissioner of Police in the state, Mr. Amba Azukwo, said the suspect whose name was given as Ibrahim Mukaila is a strong member of “Eiye” confraternity and he was allegedly involved in the killing of a 26-year-old man, Sheu Oluwaseun, in Ado-Ekiti.

Azikuwo stated that Mukaila was arrested following an intelligence report that on December 27, 2018, he allegedly shot the deceased at the front of a liquor joint located at Idolofin street in Ado-Ekiti.

Azukwo added that during interogation after the arrest, the suspect admitted that he was an accomplice and that he witnessed the killing of the victim.

The commissioner, however, reiterated the readiness and determination of the police in the state to enhance robust policing across the state and actualise the transformation and repositioning the agenda of the Inspector General of Police.

The Ekiti State Police boss promised that the command  will continue to work within the ambit of the constitution of the Federal Republic of Nigeria and enhance efficient policing within the nooks and crannies of the state.

He, therefore, solicited for the continuous support, partnership and collaborations from members of the public, urging them to give useful and timely information that will enable the police rid the state off all forms of criminality.