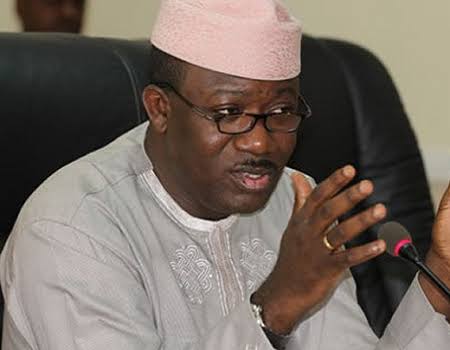 Residents of Ekiti state have appealed to the government to relax the ban on religious activities across the state.
The Ekiti state government had in the last three months through an executive order by the Governor, Dr. Kayode Fayemi issued an indefinite ban on political and religious gatherings in the state, the move, according to the government was aimed towards checking the spread of coronavirus .
Cross sections of residents of the state who spoke with our correspondent, said the call became imperative considering the rate at which people distanced themselves from God under the pretext that churches and mosques were shut.
In his own, the Pastor in charge of Oke-Iye Cherubim and Seraphim Church, Omisanjana Ado-Ekiti, Prophet Bamidele Adesoji, called on the government to reopen religious centres across the state.
He explained that the call should not be seen as a selfish or a deliberate attempt to make the clerics get money from their members, but rather to complement the efforts of the government to check the spread of the deadly coronavirus in the state through prayers.
The cleric reiterated the readiness of his church to adhere strictly to the precautionary measures as stipulated by the government as soon as the reopening is pronounced.
He however appealed to Christians and Muslims in the state not to relent in their efforts in supporting the government to fight against the coronavirus pandemic.
Similarly, the cleric in charge of Christ Apostolic Church (CAC) Oke-Itura, Odo-Ado, Ado-Ekiti, Pastor Valentine Oloniju who corroborated the reopening of religious centres across the state, said the continued shutting of churches and mosques at this particular time is not the best.
He stressed the need for residents of the state, particularly the christian community to abide strictly with the directives and precautionary measures on regular hand washing, use of sanitiser, nose mask, maintain social distance as well as other safety measures aimed at curbing the spread of the pandemic.
Also speaking on the issue, an Islamic cleric based in Ikere-Ekiti, Sheik Abdulakeem Onisile, described this period of COVID-19 pandemic as a particular time which people should move very closer to God.
He called on the residents to continue to support the government through prayers, dedication and abide with precautionary measures put in place in order to battle the pandemic .