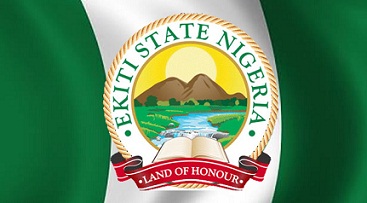 From Victor Akinkuolie Ado-Ekiti
|
The Ekiti State Chief Vehicle Inspection Officer (VIO), Mr. Matthew Ayegbusi, has charged drivers and motorcyclists operating in the state to always comply with the highway code and  traffic rules and regulations in order to prevent incessant road accidents.

The VIO, boss  decried preventable accidents on highways, which he attributed to bad state of vehicles, fear of arrest on the part of the drivers and flagrant disobedience of  the highway code among others.

The Ekiti VIO helmsman while speaking with our correspondent in Ado-Ekiti  on Thursday, advised motorists to always be conversant with the traffic rules and make them their companion as they  contain necessary information that would help  motorists drive safely within and outside the  state.

He advised motorists to always exercise patience and caution while driving on the roads, noting  that road safety activities should not be regarded as the sole  responsibility  of Federal Road Safety Corps and the VIO.

Ayegbusi however noted that the best way the zero tolerance to road crash could be achieved was through a collaborative effort by all stakeholders, including commercial drivers and private vehicle owners.

The Chief Vehicle Inspector Officer implored road users to always check the general condition of their vehicles and ensure  they are in good order before embarking on journeys, noting that putting un-roadworthy vehicles on the highway could lead to destruction of lives and properties.

He stressed the needfor members of the public to always assist the VIO by providing useful information which could assist officers and men of the organization in the effective discharge of their duties.

“The Vehicle Inspection Office was initially handled by the police when it was put in place during the colonial administration in 1949. Regional government later took up the challenge and employed professional engineers to ensure safety on highways in 1960.

“The office has since been placed under the Ministry of Works and Transportation, with the responsibilities of ensuring sanity on roads and  inspection of vehicles for the issuance of road worthy certificates” he stated.