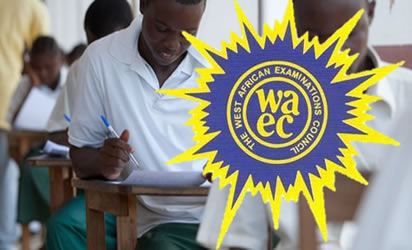 Victor Akinkuolie, Ado-Ekiti
|
The Ekiti State Government has approved the payment of administrative charges of over N24 million for 13,390 candidates in the public secondary schools who will be writing the April/May 2019 West Africa Senior School Certificate Examination (WASSCE).

The Permanent Secretary, Ministry of Education, Science and Technology, Mr. Ayodeji Ajayi, disclosed this yesterday  in his office in Ado Ekiti, while fielding questions from Journalists.

According to the Permanent Secretary, the State Government has paid the sum of N1,850 (one thousand, eight hundred and fifty naira) per student for 13,390 candidates to take care of administrative charges and incidental expenses during the examinations.

The Permanent Secretary however disclosed that Vice Principals that have served for over 20 years would henceforth be engaged in supervision of Certificate examinations in the state.

He therefore called on principals in the state not to collect any money from any candidate that would write the WAEC examinations now that government has taken care of all required expenses.

The State government had earlier paid the WAEC examination fees for all students in the state’s s public schools in furtherance of its free and compulsory education policy. It also gave the schools instructional materials worth several millions of naira.