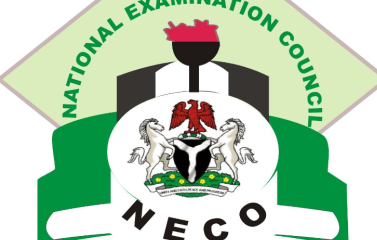 From Victor Akinkuolie Ado-Ekiti
|
The Ekiti State Governor, Dr Kayode Fayemi, has tasked teachers to be focused and diligent for the state to be ranked among the best five states in the country in public examinations in 2020.

Fayemi said the state was not comfortable with the 12th position rating in the West African Examinations Council (WAEC) results in 2019, assuring that his government will play complementary roles , by providing enabling environment in all public schools for teachers to deliver optimally

Fayemi spoke while commissioning a block of classroom built by the Universal Basic Education Board at the Methodist Nursery/Primary School, Ikere Ekiti to mark the first year of his administration.

The Governor, represented by the Speaker of the Ekiti State House of Assembly, Hon. Funminiyi Afuye,  stated that : “we are not comfortable with that 12th position. Education was on the bare ground in 2010 when we came for the first term. We lifted it to be one of the best before 2014.

“We renovated about 182 public schools and substantial improvement came before 2014 before Ekiti went to sleep. There is a new sheriff in town, that is Dr Kayode Fayemi and education will be back to its pride of place.

Fayemi said he has started taking concrete steps to turn around the education sector by erasing taxes and other anti people policies that could reduce enrolment in schools.

Aladejana revealed that the state government has paid a sum of N4 billion as counterpart funds to UBEC to initiate education programmes that will launch Ekiti back to reckoning as academic hub of the nation.