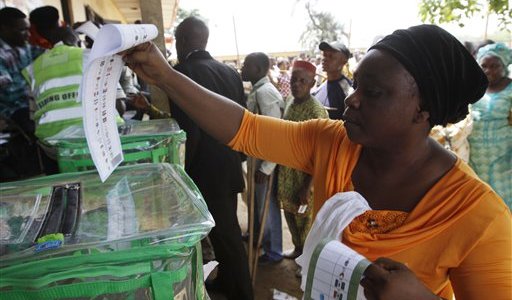 Akingbade, spoke in Ado-Ekiti  during a pre-election programme tagged “Capacity Building for Stakeholders on Promoting Effective Service Delivery Ahead of 2023 General Elections,  organised by the JDPI to sensitise members of the public.

Speaking during the programme organised in conjunction with European Union (EU), Revd Fr Akingbade,  noted that financial inducement during election remained a criminal offence in accordance with the Electoral Act and should not be condoned under any guise or excuse.

He explained that election stakeholders including the Independent National Electoral Commission (INEC) , Security Agencies as well as  members of the media must be ready to change the narratives by engaging more with the people on the need to shun the act of selling their votes during elections and vote in accordance with their conscience for the betterment of the society.

On his own, the Ekiti State INEC Head of Election and Party Monitoring, Mr Austin Orogbu, said that the various technological innovations as introduced by the INEC including the recent Bimodal Voters Accreditation System (BVAS) have made it difficult for desperate politicians to manipulate election results, stating that they now shifted their focus to inducing voters towards compromising the outcome of the electoral process.

He assured that the present leadership of  INEC under Professor Mahmood Yakub, would do everything to bring more innovations into the country electoral system.

The INEC official maintained that rising cases of financial inducement in the nation’s electoral system would continue to erode the power of the citizens to hold government accountable after elections.

He called on the stakeholders to play critical role in changing the mindset of the people on the power of their votes without selling their conscience, he equally charged them on the need to educate members of the society to always prevent voting apathy during elections.

While acknowledging the role of JDPI  in ensuring credible elections in Nigeria, Orogbu pointed out that the organization’s timely information on election, early warning signals and pre-election engagements, contributed immensely to the success of various elections in the State.

He called for early preparation towards election by the stakeholders especially from the Non-Governmental Organisations in their  sensitization towards achieving the desired results of an improved electoral system.