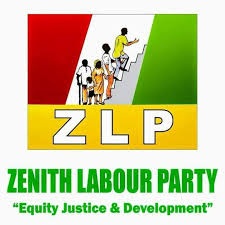 By Jubril Bada
|
Following the spread of corona virus in the world and its suspected case in some States, the Zenith Labour  Party, ZLP, in Ondo State has said that it would concentrate on smaller group of political activities across the state rather than large gatherings as part of safety measures against the dreadful and deadly diseases ahead of elections in the state.

The precautionary measures by the party was in compliance with the directive of the state government that ordered the closure of both public and private schools and directed the religious places not to more than 50 in their congregations among other precautionary meansures to avoid the spread of the diseases.

The ZLP which noted that the state is in its election year and a period of continous political mobilization with the breaking of the disease assured to factor other precautionary measures in its activities.

In a statement issued by its State Publicity Secretary, Mr. Felix Olatunde encouraged other political parties to device similar ways within this trying time.

It read “It doesn’t limit our chances but preserve us as a people till the elections and after.

“The ZLP, being a masses oriented political party, believes that a healthy and informed citizenry is the bedrock of a viable society, and the greatest assets to a country’s democracy”

It instructed the people of the state to keep their environments clean and maintain all hygienic instructions.

The party in the statement commended the state government for its proactive measures through the closure of all public and private schools, including all higher institutions, to stem the possible frequency of transmission of the diseases in the state.

The party informed the public that” It is our concern and commitment, with regards to threatening Corona virus COVID-19 Pandemic, posing a challenge to lives and economic activities worldwide.

“The number of confirmed cases in Nigeria is on the rise, and expert mention of the possibilities of non symptomatic carriers.

“Few days ago there was a confirmed case in Ekiti State, and Suspected case(s) in Ondo State.