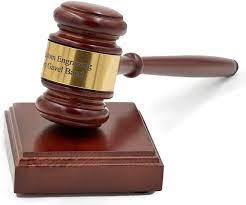 A 32-year-old electrician, Lateef Salami, has been dragged before the Chief Magistrate Court in Ondo town, for  stealing chairs and lockers worth N 610,000 from Ondo Grammar School in Ondo kingdom.

The defendant was dragged before the court on a two-count charge of conspiracy and stealing computer chairs at the weekend.

The police prosecutor, Mr Akao Moremi said the defendant stole the items  on September 23, 2022, at about 11:43 am and was caught at the scene of the crime at Ondo Grammar school.

The charge read in part, ”That you, Lateef Salami on September 23, 2022, at about 11:43 am at the scene of the crime at Agbala  area , Ondo,  in the Ondo Magisterial District did conspire to commit felony to wit stealing and thereby committed an offence contrary to and punishable under Section 516 of the Criminal Code Cap 37 Volume 1 Laws of Ondo State of Nigeria 2006.

Akao told the court that  three prosecution witnesses would testify in the case, while the defence counsel, Mr Israel Ikuemonisan, applied for the bail of the defendant in most liberal terms.

The presiding magistrate, Mrs Mosunmola Ikujuni, granted the defendant bail in the sum of N500,000 with one credible surety in like sum.

Ikujuni adjourned the case till October 11, 2022, for hearing.