Electricity woes: No end in sight as Ilaje, Ikale still in darkness 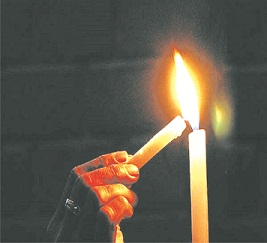 Electricity woes: No end in sight as Ilaje, Ikale still in darkness

By Fasusi Martins, Okitipupa
|
It is believed that only steady electricity can guarantee economic growth and stimulate industrialization.  Without a steady power supply through effective electricity generation, transmission and distribution network, turning the industrialization plan of the government into a reality may remain a  pipe dream.

As we speak,  Nigeria has an installed electricity capacity for supply to the National Grid 12,522MW with available capacity of only approximately 4500MW which even dropped to as low as 1200 MW at a time. To meet the need of Nigeria population of over 170million  and a country with a GDP growth rate of 7% while South Africa,  a smaller country with one -third of Nigeria population has a capacity of approximately 50,000MW .

Despite consistent money invested by the government,  power outages have been the norms,  this however compelled the Federal government to enact the electric power sector Act 2005 which call for the unbundling of the National Grid Utility Company into a series of 18 successor companies :  six generating companies,  12 Distribution Companies covering all the 36  states

However,  the people of the Southern Senatorial District of Ondo State was thrown into perpetual darkness after the entire district was disconnected from the National Grid by Benin Electricity Distribution Company(BEDC),one of the distribution companies licensed by the Federal government owing to alleged accumulation of unpaid bills running into several millions of naira.

However, the people of Ode Aye community in Okitipupa Local Government welcomed with great joy and excitement the restoration of electricity supply back to the community precisely on the 25th  December, 2018 as a Christmas gift.

The feat which was achieved by Ondo State Government in collaboration  with the Niger Delta Power Holding Company (NDPHC)under the National Independent Power Project (NIPP) has not covered Southern Senatorial District of the state.

However, this hope was short lived just within a two days of re-connection due to the need to recharge the prepaid metres that was attached to the distribution poles within the community rather than the usual self prepaid metres.

Investigation by The Hope  revealed that 5 of such metres were connected to the distribution poles with a charge fees of about N250,000 per week, and when  the community was energised within 2 days, the card  had been exhausted.

Now,  the question the  people are asking BEDC is how they arrived at N250,000 prepaid metres for just two days and how do they intend to calculate individual house-hold power consumption, if it not a deliberate act of extortion by BEDC as alleged by the community people. What about the community street lights that are connected to the poles ,  who is going to pay for them?

These challenges have continued for months leaving the residents in an untold hardship.  It adverse effects cannot be overemphasized as the economy of the people are either grounded or crippled.

In his own reaction,  Comrade. Wande. T. Ajayi  said it has been extremely difficult for businesses to thrive in the community.

In his words “for instance most technicians and business men especially those dealing with electronics have  been forced out of business.

“Traders who deal with perishable goods like frozen foods are  recording huge loses on regular basis and most of them  have been forced to seek refuge elsewhere as they cannot cope with the high capita demand.”

Also,  while lending his voice, The Baba Ijo Wesley Methodist Church, Chief Moses Olatomide Akinmade said many have abandoned their chosen careers for another menial jobs due  to the problems associated with the power supply.

“Many artisans such as welders, barbers, electricians  have been  forced to abandon their chosen careers and life lines for menial jobs. Others have migrated to the easy to  join ” Okada  Work Force,” many in this  business line have lost their lives or became permanently incapacitated due to the hazards associated with the job.

“Many who could not venture into  okada  business either became frustrated or lost focus  and ended up being  miscreants by default “.

On his own,  Comrade. Niyi Iwakun, National Coordinator, Ikale Youths Movement (IYM) while speaking on behalf of the youths said many companies are folding up, inflation and crime rate  are  increasing among the youth due to high level of idleness orchestrated by the blackout .

“Some sachet and bottled water factories had to shut down because of the exorbitant cost of production.

“Crime rate and inflation have been on the increase with the price of commodities  skyrocketed.

“Youths and students still find it difficult to travel home because of the inconvenience the blackout offers. “

In her remarks,  the Chairman Okitipupa Local Government ,Hon. Mrs Morenike Alaka said she has met with all the stakeholders in the community including the youths on several occasions and  promised that government will do everything possible to arrest the situation.

She believes that dialogue and round table discussion remains the only and best option in solving all the lingering issues.

To make progress in Nigeria, Government must first fix the power problems. Any serious government has to take issue of power as number one priority,  we should  stop treating  the symptoms instead of the root cause.

Power is a force , it is a catalyst and if properly handled and fixed can bring great joy to our nation.

If we can just concentrate on fixing power for once, even if it takes the whole budget, let us do it, the long terms effects cannot be qualified .

It has to be done because the success in the power sector will determine how far a country will go in an attempt to build a self reliant and progressive nation.

A county that continues to wallow in darkness will  never make meaningful progress.

Therefore all the three tiers of Government,  the privately owned generating and distributing companies as well as Nigerians are expected to join in true patriotism in confronting and combating the multifaceted problem of power supply and totally wipe out the embarrassing situation of inadequate electricity supply.