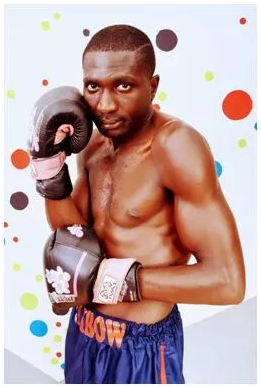 Elibow ranked seventh has moved to number three after knocked out his opponent in round five of six bout decided at Alake Sports Complex, Abeokuta on Saturday.

He said it was not easy to defeat number three ranked boxer, but thanked God Almighty, his fans across the country , Jackboxer boxing promotion unit for their support which made him triumph in the bout.

According to him, “my mind was strong like that of lion of Judah before I enter the ring, I’m confident in the Lord that I will be triumph over my opponent.”

“I’m battle ready for the fight, I trained day and night and I thank God my efforts were not in vein, at this stage I need the support of  people of Ondo State and the country at large like never before . To move forward in someone’s career is one thing to sustain it and eyes for more great success is another area, so therefore I want my fans to continue supporting me”.

“I will in no distance time resume prepare for national tittle”, he said.