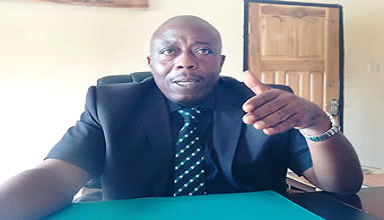 Journalists have been charged to always ensure credibility and accuracy in reporting events, especially politics before during and after the 2023 general elections.

Former Commissioner for Information, Youths and Sports in Ekiti State, Mr Lanre Ogunsuyi gave the charge on Thursday in Ado-Ekiti, during a lecture organized by journalists in Ekiti.

He stressed the need for journalists to always work according to the ethics of their profession, saying reporters should strive to tell the story rather than becoming the news.

Ogunsuyi made reference to the likes of Dele Giwa and others who lost their lives while discharging their constitutional duties.

He also emphasized the need for journalists to embrace credibility in their news reportage, saying the move would further make their media houses formidable.

Earlier in his goodwill message delivered on the occasion, the Chairman NUJ, Ekiti State Council Mr Rotimi Ojomoyela, commended the Information chapel for organizing the programme.

He explained that the Council has been proactive in fighting for the rights of its members, hence the need for journalists to always participate in congresses and other engagements of the union.

He spoke extensively on what he called various challenges facing journalists in the State which he mentioned to include unpaid salary and other hazard allowances, among others.

On the coming 2023 election, he charged Journalists to display professionalism in their news reportage and be sensitive to their environment, adding that only the living can write reports.