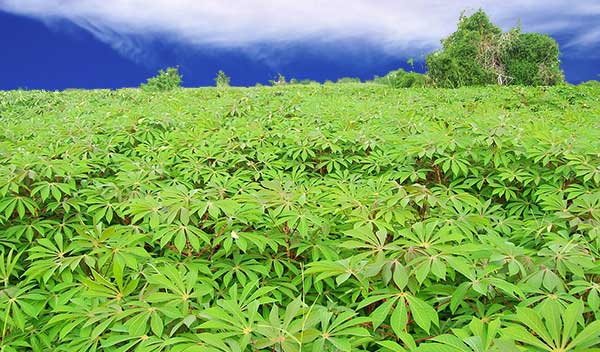 By Kehinde Oluwatayo
|
The State Director, Federal Ministry of Agriculture and Rural Development, Mr Okanlawon Adeniyi has advised Nigerians to embrace government’s programmes on agriculture to make the dream of food security achievable.

Adeniyi gave the advice while speaking with The Hope in his office in Akure.

According to him, government has good plans for the people of Nigeria but the problem is national cake syndrome adding that some people still believe that there is free money somewhere.

Enumerating some of the programmes of government, Adeniyi said there is a federal government programme going on tagged green alternative adding that the mandate is food security and empowerment of woman gender.

He said  his ministry gives out  inputs, seedlings to farmers through Ondo State Agriculture Commodities Association as the umbrella body of farmers adding  that an agro dealer, First Let’s Farm gives chemicals to them but being paid by federal government.

He equally said that funds are available through different windows urging farmers particularly youths to take advantage of them.

Adeniyi who stated that there are free training and sensitisation being organized for them by government parastatal called on them to harness all these opportunities for their own benefit.

“With the support given to agriculture, we can achieve zero hunger. The only thing is that our people should embrace government’s programmes.

“Recently, FADAMA gave N1.2million grant to some youths who are into different agricultural practices and is ready to give more if properly managed.

“So also banks like Bank of Agriculture, Central Bank of Nigeria and even some other commercial banks give loans to farmers to fund their farms. But the problem with our people is that they are not faithful.

“Look at the money that Bank of Agric gave out sometimes ago, up till now, they cannot recover it. Some took it and travelled abroad, some gave wrong addresses and so on.

“The opportunities that our youths have today, we did not have it in our time. Now Federal College of Agriculture, train anyone free of charge on any agricultural practices. So let them harness all these opportunities for their own benefit” he said.

Adeniyi who opined that more people are embracing agriculture noted that a visit to some farms in Taraba, Benue and so on will surprise anyone.

While saying people in the South west are not relaxing, he said Lagos state now has a rice  depot  adding that it was reported that Nigeria will soon start the importation of rice.

He however said that if the zeal continues, Nigeria will forget hunger and advised youths who are still running after white collar job to embrace agriculture.

He charged them to embrace agriculture and should not leave it to the old people alone saying agriculture has left the level of peasant and has become a business.