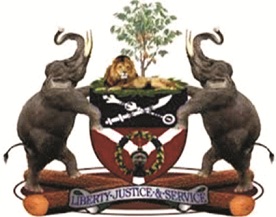 Osun state residents have been enjoined to accept and participate in the Osun Health Insurance Scheme (O’HIS), aimed at ensuring availability and affordability of quality health care delivery for the people.

The state governor, Gboyega Oyetola made the appeal during the courtesy visit of the Osun Health Insurance Scheme team led by the Executive Secretary of the agency, Dr. Adeniyi Oginni to his office in Osogbo.

The governor while affirming that health is wealth, stated that workers and all other people in the state don’t have to go far to get adequate health care.

This according to him is to complement the efforts of the government in the recent revitalization of 332 primary healthcare centers, with one healthcare center located in each ward in the state.

He added that this is to reduce migration from primary to the secondary and tertiary health institution.

Oyetola restated that his government is committed to the healthcare of the people by providing an enabling environment with support of counterpart funding and grants by the government.

He stressed that access to quality healthcare with insurance scheme is accepted and practiced nationwide and internationally for the benefit of the people.

The governor called on Osun citizens to avail themselves in order to benefit immensely from the scheme targeted to promoting healthy living.

The governor reiterated his commitment to the welfare of the people of Osun, particularly on healthy living, while urging everyone to wholeheartedly accept and benefit from Osun Health Insurance Scheme (O’HIS) to enjoy free medical health care at reduced cost.

In his address, the Executive Secretary, Dr. Adeniyi Oginni commended the governor for the provision of adequate healthcare system for the people of the state.