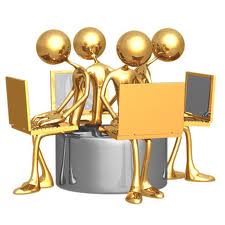 Experts have called for extra vigilance in the usage of evolving technological inventions while urging Nigerians to report any unusual occurrence regarding the gadgets to appropriate authorities.
The experts, who spoke in separate interviews with The Hope, also allayed the fear of the people regarding health hazard relating to the 5G network, describing it as an innovation which has only come to fill the gap in the previous generation networks (1-4G networks).
They also advised members of the public to always read and adhere instruction manuals attached to every technological gadgets.
An ICT expert, Mr Olanrewaju Oluwateru, who stated that the 5G network will enable internet of things (IOT) and artificial intelligence (AI), refuted the claim that there is a correlation between 5G network and coronavirus, adding that it will only enable speedy sharing of information and communication.
He stated that every radioactive emission has its effect but in Nigeria, the Nigerian Communication Commission (NCC) is ensuring that all radiation emitting organisations keep to the threshold given to them in order not to jeopardise the public health.
Also speaking with The Hope, an IT specialist and a broadcast engineer, Mr Femi Ayekomilogbon advised the public to observe the precautionary measures attached to each technological gadget, adding that “It should however be known that there are allowable limits to which someone can get closer to some of these gadget and network equipment to avoid our body absorbing more than the safe allowable radiation.
While citing relevant authorities, an I.T consultant, Mr Oluwafemi Akinyomi said that the whole essence of 5G network is speed and it will create “between 20 to 22 .3 million jobs so is going to create new set of jobs now items of GDP is around 2.1trillon dollars in gross domestic growth”.
He noted that mobile phones need tiny amount of radiation that are not harmful to the body but it is the accumulation of it that could have side effect on the users.
Speaking on the precautionary measures to be taken in using technological gadgets, an Environmental Health Scientist, Mr Orenolu Idris Olumide noted that there is still on-going research on the possible health issues relating to the 5G network, adding that there is currently no conclusion on that but safety precautions should be left out.
He advised that “cell phones, most especially new generational phones should not be used near babies” because of their weak immune system and their brains are still developing, adding that people should not sleep with mobile phones.