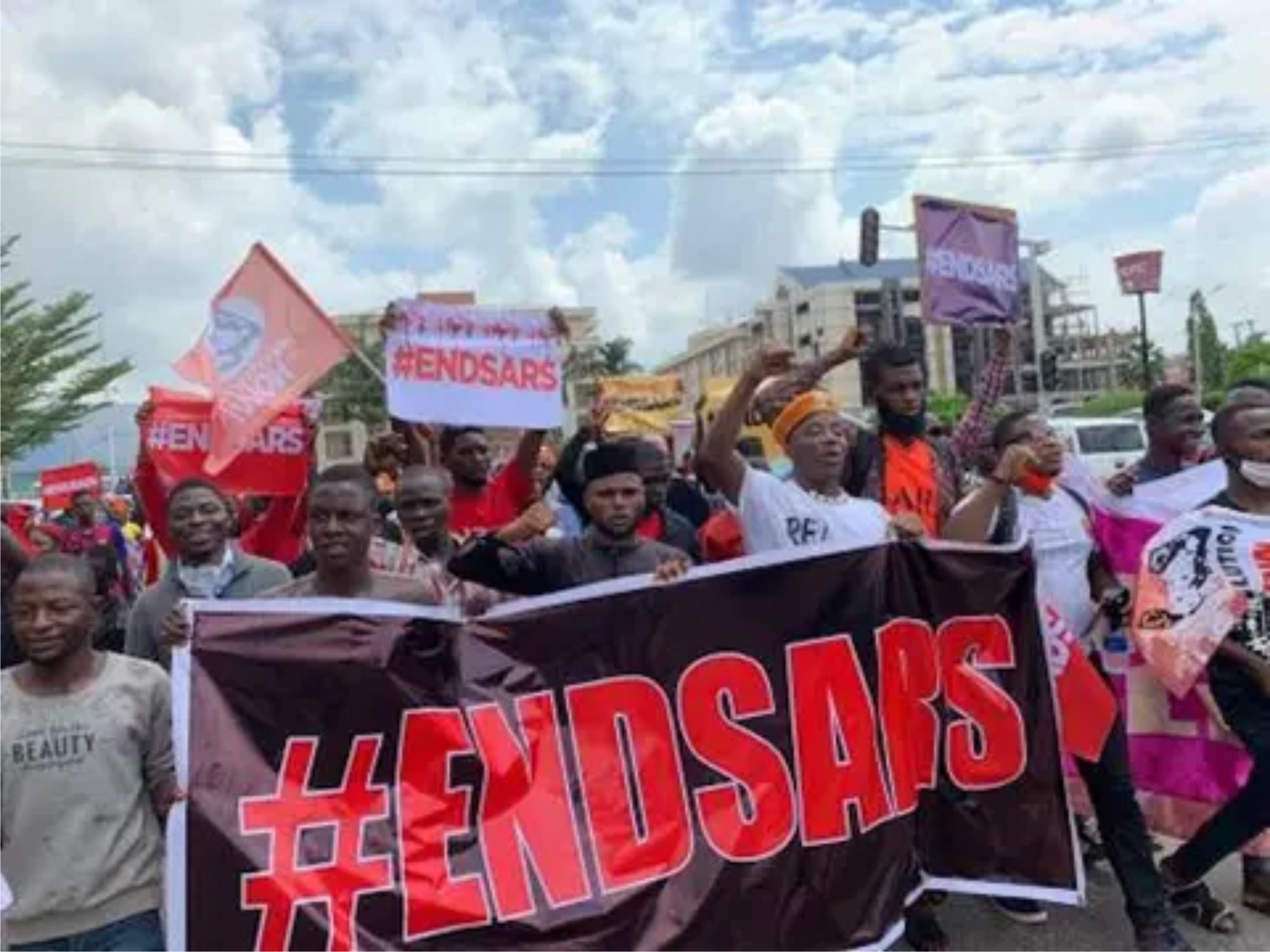 With the gory tales about the #ENDSARS protests which gave rise to killings of innocent Nigerians and the arson that took place during the period, eminent Nigerians have called on the Federal Government to listen to the voice of reason and do the needful to avert any of such protest in the future.
A monarch from Akoko Northwest local government of Ondo State, the Ewi of Aje Oba Oloruntoba Bello the Ewi of Aje okeagbe said traditional rulers, religious and opinion leaders need to restrategise and use persuasion to quench mayhem before it degenerates to big crisis, the type witnessed in some parts of the country during the Endsars protest.
Oba Bello said security and intelligence approach was needed to nip such protest in the bud before it escalates.
He noted that it was disturbing as Lagos and Ondo states witnessed destruction of public and private properties in south west of the country.
The monarch said with this protest government will sit up and right some wrongs and adjust its style of administration.
The Ewi of Aje said Nigerian youths have succeeded in waking up the conscience of the rulers.
According to him, those in leadership position in the country have come to realize that the relationship power resides in the people and also owned by them.
A security expert and the chairman, Police Community Relations Committee, Ikare Area Command, Mr Femi Oloketuyi commended the IGP for taking immediate action to dissolve SARS.
Oketuyi however posited that the big question is whether Nigerians can trust SWAT, the new outfit to replace SARS based on the alleged brutality of the defunct SARS.
The PCRC chairman said but for the hijacking of the peaceful protest by hoodlums and the unfortunate killing of harmless protesters at Lekki Toll gate, the protest was a huge success.
According to him, the agitators were able to get their message across to the government.
He however stated that it is high time protesters in Nigeria learnt how to go about the business without infringing on the rights of others.
He also called on those in government to ensure good governance is their watchword.
According to him, when the system is good, there would be no avenue for the citizens to complain.
The Olubaka of Oka land, His Royal Majesty, Oba Yusuf Adebori Adeleye while commending the real and peaceful protesters for their conduct during the protest said their demands were legitimate and legal.
Oba Adebori Adeleye said it was the hijackers of the protest and the alleged shooting of harmless protesters at Lekki Toll gate that turned the protest awry.
The Olubaka who is also a legal practitioner and a former police officer however called on traditional rulers, opinion moulders and religious leaders across the country continue to always talk to all parties in protest to avert future occurrence of what happened during the Endsars protest.
The monarch called on protesters and agitstors to always allow room for dialogue by putting in place a leadership structure that will negotiate on their behalf.
Similarly he enjoined government to be proactive in anything dealing with the people.
Oba Adebori Adeleye who posited that that government will do well by giving a genuine consideration to demands of the people said it behoves boo those in government o always live to give the people good governance.