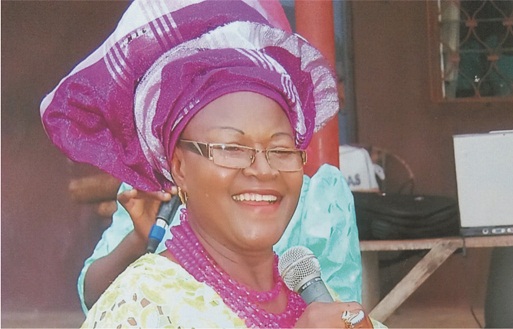 By Kolawole Bamidele
|
Engagement ceremony is the most recognized part of the Yoruba marriage rites. This is when the bride’s family hands over the bride to the Groom’s family. The ceremony usually holds at the bride’s house.

Mrs Moni Ronke Awopeju, an engager, narrated how she was motivated by her sister to anchor engagement in 1981 at Igbara-Oke,  saying it was perfectly done.

According to her, her sister told her she was bold enough and talented to anchor engagement ceremonies, and that was why she built herself in the business.

Awopeju urged all engagers to be educated and well dressed whenever they are anchoring an  engagement ceremony.

According to her, they should be conscious of time and not end up making  the engagement boring for the audience.

She mentioned some of the challenges she faced at the initial stage of anchoring engagement,  to include  people looking  down on her like a beggar, and the risk of travelling by night.

The engager who hails from Igbara-Oke in Ifedore Local Government area of Ondo State, said that the large number of people that call her for engagement made her to  develop  more interest in the  engagement business.

She noted that charging for engagement depends on distance, relatives and capability of the family, saying of these  considerations, there is  no fixed charge for an  engagement ceremony.