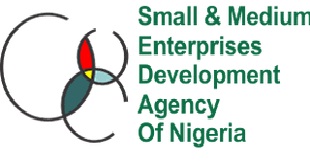 The major factors identified in developing and the developed economies is the adoption of a well-defined business orientation in Small and Medium Enterprises (SMEs). SMEs are the backbone of the economy of Nigeria not because it constitutes about 89 percent of all enterprises, but because, it contributes to about 67 percent of the Gross Domestic Product (GDP) (Ajala & Adeyoriju, 2022).

In spite of this, it is critical for SMEs in Nigeria to effectively maintain a steady growth and survival due to persistent organisational and environmental challenges like lack of access to adequate and affordable finance, poor infrastructure, lack of basic business knowledge, skills and attitude; high operating costs, poor attitude to marketing activities, government policy, and above all, lack of entrepreneurial orientation.

Proactiveness has been described in many ways and different context. Therefore, being proactive as drawn from Merriam-Webster’s dictionary implies “controlling a situation by making things happen or by preparing for possible future problems”.  Proactive behavior can be seen as acting in advance of future circumstances, rather than just reacting. This entails taking control and making things work rather than just adjusting to circumstances or waiting for something to work naturally.

In most modern enterprises, it is not enough for the employee to respond and adjust to changes in their environment. They need to plan and prepare for potential pressure and dangers in the future by taking the bold step.    It was revealed that engaging in proactive behaviour comes with valuable results. Though sometimes a person’s proactivity may result in negative effects, such as increased stress. Olannye and Eromafuru (2016) described proactiveness as an “entrepreneurial willingness to dominate competitions through a combination of proactive and aggressive moves, like; introducing new products or services ahead of the competition and acting in anticipation of future demand to create change and shape the environment”.

Mehran &Mortezea (2013) stated that being proactive involves discovery and satisfying the hidden implicit needs of customers through collecting customers and competitor-based information. Proactiveness is achievement- driven, highlighting anticipating, initiatives taking, creating change, and predicting evolution towards a critical situation and early preparation before the occurrence of an impending uncertainty or risk. A proactive firm is one that places greater efforts on forward-thinking as opposed to reactive strategies to deal with challenges or to approach opportunities as they arise.

Learn a trade today and be empowered for life’.