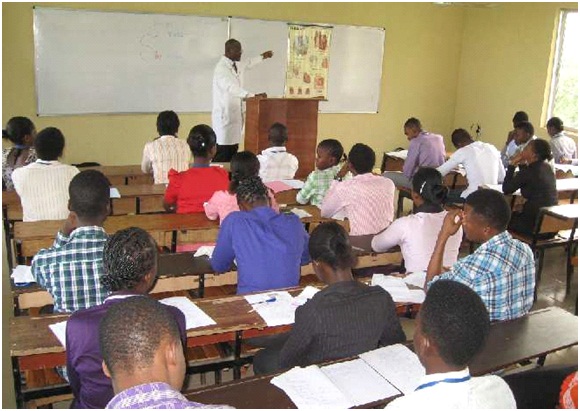 The need to equip teachers with necessary tools so that they can be committed to their work has been stressed.
Some parents who spoke with The Hope in an interview, identified lack of commitment to work on the part of teachers as some of the reasons why parents don’t enroll their wards in government schools.
They said although teachers in government schools are more qualified, they have less impact on the students.
Speaking on the matter, a parent, Mrs Aderonke Jacob said majority of public school students are not academically sound like students of private schools because of lack of commitment by teachers.
“Although they claim to be qualified, majority of their students cannot match that of private schools academically especially those in primary schools. They are not committed to the work.
“I think government needs to monitor them so that they can be committed to their work and if there is anything they lack, let government make it available for them”, she said.
On her own, Mrs Toyin Adeola, also a parent, said strike was the main reason parents don’t put their children in government schools adding that changing their orientation now is difficult.
Another thing according to her is the population of students in a class. She said most classes in public schools are always overpopulated.
She called on government to make schools accessible to the people adding that distance is another reason some parents are not putting their children in public schools.
She also advised parents to enroll their children in government schools since they have qualified teachers.
Speaking on the issue, a teacher in the state, Mr Olaotan Adekanle said teachers in public schools are doing their best adding that performances of students in government examinations are evidences.
Adekanle called on government to motivate teachers by paying their salaries regularly and organise seminars particularly for classroom teachers.
Another teacher, Mrs Comfort Bernard said some parents who put their children in private schools are only competing with their neighbours while others believe nothing good can come from public schools because of the structures.
Another thing she said is that parents can influence private schools since they are paying them which is not possible in public schools.

We don’t have factional Chairman —AA

We don’t have factional Chairman —AA