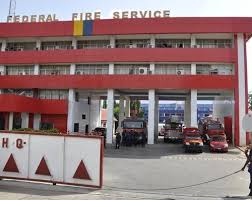 A town planner and former General Manager of Ondo State Capital and Urban Development Authority (CUDA), Mr Isaac Ogunmolawa has called on the state government to establish a fire service station at the industrial park in Akure.

Ogunmolawa who made the suggestion during an interview with The Hope said the recommendation would help curtail any inferno at the park.

He explained that with the various industrial machines and equipment being used at the park, the place is vulnerable to fire incidents.

He further explained that the park, formerly a market had a building designated for fire services and advised that the structure still in existence should be urgently upgraded to a full fledged fire station with a contingent of fire men to curtail any eventuality.

The former General Manager said the recent fire incident at the park which gutted down the Johnwood factory would have been averted if there was a fire service station at the place.

Apart from servicing the park, Ogunmolawa said the establishment of a fire station would also effectively provide fire services to adjoining residential areas in the park.