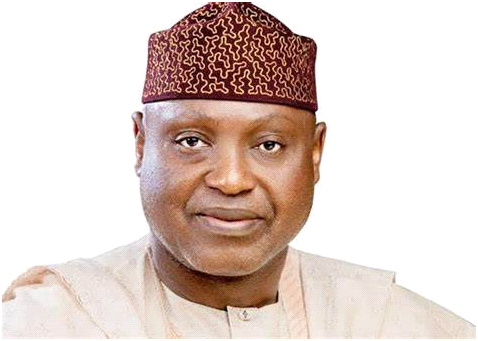 A former Secretary to Ekiti State Government, Mr Biodun Oyebanji has emerged candidate of the All Progressives Congress (APC) after a governorship primary held in Ekiti State on Thursday.

Oyebanji defeated his rivals in all the 16 Local Government areas of the state. Those who contested against him include Mr. Femi Bamisile, Senator Opeyemi Bamidele, Prince Dayo Adeyeye, Demola Popoola, Kayode Ojo, Bamidele Faparunsi among others.

Announcing the results at the party secretariat located along Ajilosun road, Ado-Ekiti, the Chairman of the Ekiti APC Gubernatorial Primary Election and Jigawa State Governor, Alhaji Abubakar Badaru said Oyebanji defeated other aspirants in all the polls cast across the local government areas of the state.

According to Badaru: “Oyebanji, having scored the highest number of votes cast in this election, is hereby declared the winner in accordance with the guidelines of our party”.

Badaru congratulated all the aspirants, saying the process was an internal affairs of the party and about APC.

Oyebanji, who hails from Ikọgosi-Ekiti in Ekiti West local government in the Central Senatorial District, is the immediate past Secretary to Ekiti State Government.

In his response, Oyebanji commended the leadership of the party for providing a level playing ground for all aspirants, saying the party is ready to continue to impact meaningfully in the lives of the people of the state.

He declared that the APC appeal panel will handle all controversial issues surrounding the conduct of the election.

The former Secretary to the State Government described the primary as credible, free and fair, contrary to position maintained by his co-contestants.

He commended the Governor Mohammed Abubakar Badaru-led panel for being thorough in the contest of the shadow poll.