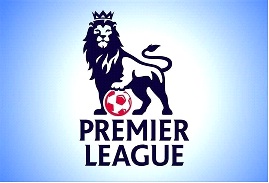 Despite the restriction placed on the football viewing centers across Ondo state by the state government, the English Premier League (EPL) fans in the state are in the high spirit ahead of the resumption of the league today .
EPL and other sporting activities were suspended three months ago due to coronavirus pandemic.
The remainders of the season’s matches would be played behind closed doors over the next six weeks, but the fans are not bothered about the development.
Speaking to one of the Arsenal fans, Mr Michael Karimu, who told Sporting Hope that he is happy that the league is back, after three months of suspension.
He said though the government has put in place a measure to contain the community spread of the deadly coronavirus by proscribing the opening of viewing centers in the state.
“Despite that ,I will try to subscribe at home to enjoy the league especially my favourite team, however I’m going to missed the usual viewing centers argument and fun attached”, he posited.
He advised the viewing center owners not to jeopardize the government efforts by going against the order that banned it operations in the state.
Olayinka Oluwole, an okada rider said I’m very happy I will not be broke anymore as the EPL resumes, I’m a good punters ,I play bet on football a lots and with Gid on my side I win most of my tickets which I use to augment my “okada” business.
“I prefer English Premier League to other leagues because of its high odds”
A betting game operator who preferred not to be named said he is optimistic the league resumption will boost his business.
We  have been praying for the EPL resumption since all these days, thank God the day is here, I observed people preferred to stake on EPL than other leagues.
The resumption of EPL will see Manchester City trade tackles with Arsenal.