THE year 2022 is already here. THE HOPE foresees that it would be a year of intrigues, discoveries, tests, and triumphs. This year would witness high level politicking in preparation for 2023 general elections; projects commissioning, war against corruption and insurgency; altercations between union groups and various administrations, and more economic decisions that may make or mar the nation. We are persuaded that it is a year to be tactful, loyal and careful about decisions and indecisions.

THE Osun and Ekiti gubernatorial elections would pose a challenge, a triumph, and a test of credibility to INEC. It would be an opportunity to implement the new Electoral Act and expose loopholes that need to be taken care before the 2023 general elections. For the politicians at all levels in the country, The Hope enjoins all to engage in politics without bitterness.
Rather than engage in calumny and electoral perversion, we demand that political parties engage in education that is more political, enlightenment and enlistment this year. The Nigeria Police Force would have their hands full in the prevention of politically induced assassinations, kidnaps, arson, and false alarms. This year, we expect the equipment of the various security personnel with paraphernalia for crime prevention as criminal activities are expected to escalate given political activities, and tough living conditions. If this country ever needed transparency, loyalty, and impartiality in the dissemination of justice, year 2022 is the time.

WE also observe that the nation’s economy, despite encouraging statistics left a bitter taste in the mouth of Nigerians at the close of the year 2021. In order to arrest the galloping inflation, we suggest that government engages the basic principles of economics rather than the employment of voodoo economics that has not helped the nation and or the nationals. Given the high cost of agriculture inputs, power and most likely transportation costs, the government must focus its energy on the provision of environment and infrastructure that would reduce production costs. Furthermore, we enjoin the government to invoke controlled economy in the areas of agriculture and produce. While deregulation of the economy drives competition and development, full deregulation of a dependent and unindustrialized economy like Nigeria’s would only impoverish the nation and expose her economy to vampire entrepreneurs. A regulated deregulation of various sectors and the creation of conducive economic environment in all states of the federation are non-negotiable in 2022, if Nigeria is to survive.

WITH the Presidency recording high profile COVID infection, Nigerians should expect stiffer measures against the spread of the Omicron variant and any other that may emerge. The campaign and provision of logistics for imunisation, and booster doses should occupy a central position in government’s health policy for the year. Sensitisation and insistence on the wearing of facemasks and engagement of social distancing precautions must be given the force of law. However, THE HOPE insists that the health sector needs more attention, finance, and employment drives. Affordable health care must be the main objective of government in 2022. While efforts should be in top gear against the global pandemic, our local health nemesis in the likes of Lassa fever, yellow fever, malaria, tuberculosis, diabetes, high blood pressure and maternal birth mortality should attract government’s funding.

ADDED to this, we insist that the respect for human lives is still at low ebb in this country. Year 2022 should witness proactive government actions that seek to increase people’s trust and safety. Government’s fight against insurgency, kidnapping, and banditry must move to the level of extermination as against pacification. Year 2022 is therefore a year where the battle must be taken decisively to the enemy’s gate.
The Hope appeals for citizens’ cooperation and support to government, it is also expedient for us to call on government to prioritise the welfare of the citizens. State governments would do well to ensure the prompt and adequate payment of workers’ salaries; and government at all levels consciously avoids policies and white elephant projects that would further impoverish the people.

FINALLY all Nigerians, at all levels should consciously seek and perform their individual roles towards nation building, with the fear of God and love for humanity. Although year 2022 looks dicey, challenging, and frosty, we believe in the cloud’s positive aspect. If there were a government to listen, there would be a people to support and obey. For Nigeria, it is a new year, a new dawn and an opportunity to get things right. May we not miss this excellent opportunity for a better transformed Nigeria. 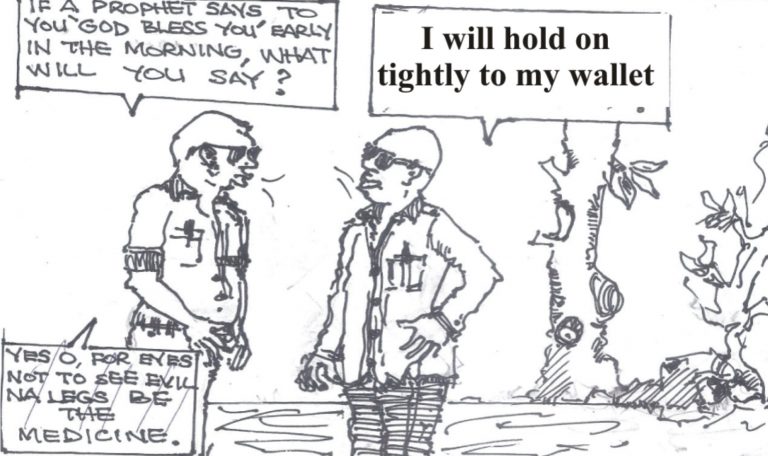