THE 33rd edition of the Africa Cup of Nations, AFCON, yesterday began in Cameroon with the continent heavyweights in football participating in the biannual football competition.
THE tournament, the greatest football competition in Africa will span 30 days, during which the African continent will witness great football artistry with intriguing performances from some high profile African players.

AFRICAN stars from all parts of the world, like Wilfred Ndidi, Kelechi Iheanachor, Joe Aribo, Chidera Ejuke of Nigeria, Mohammed Salah of Egypt, Sadio Mane of Senegal, Riyad Mahres of Algeria, Said Benrahma of Mali, Pierre Emerick Aubumeyang of Gabon, Illias Chair of Morocco, Edmond Tapsoba of Burkina Faso, Andre Onana of Cameroon, Kamaldee Sulemana of Ghana, Mohammed Bayo of Guinea and Sebastian Haller of Ivory Coast will be making efforts at helping their countries get the most priced and coverted cup in African football.

SURPRISINGLY, there are two debutants for the continent showpiece this year with Coelacanths of Comoros and Scorpions of Gambia making their maiden appearances, while South Africa, Democratic Republic of Congo, Uganda and 2012 winners Zambia all missing out at the tournament.

THE competition will be played in five cities in Cameroon- Olembe and Ahmafou Ahidjo Stadium, in Yaounde, the Japoma Stadium in Douala, the Rounds Adija Stadium in Garoua, the Limbs Ombisports Stadium and the Kouekong Stadium in Bafoussam.
THIS will go down in history as the tournament that is played with great caution. The ravaging COVID-19 pandemic (OMICRON) is holding the world by the jugular.
THE confederation of African Football, CAF have directed teams to play matches provided they have 11 players available, should they be depleted by COVID-19 cases while in the absence of a goal keep an outfield player from the team must replace the keeper.
IT also ruled that any team that does not have a minimum of 11 plyers available will be considered to have lost the match.

IN the last one week, all the participating countries have been putting final touches to their preparations, sweating on the fitness of their players to bring out the best out of them. Nigeria like other countries having their players abroad had disrupted build up, first dealt a huge blow as some of her star players, Victor Oshimen, Leon Balogun, Emmanuel Dennis, Calvin Bassey, Shehu Abdulai and Victor Igalo have all withdrawn their participation.

DESPITE this, Nigeria can still boast of strong squad like Maduka Okoye, Ola Aina, Zaidu Sanusi, William Troost Ekong, Chidera Ejuke, Moses Simon, Chidozie Aweziem, Ahmed Musa. They can withstand any opposition judging from their achievements in their respective clubs in Europe and Asia.

THE Super Eagles headed by Coach Augustine Eguavoen, who was the stand in captain in 1994 team that won the tournament for Nigeria is a man of integrity and honour. He will be going to this football tournament with players with average age of 25.7 years. This age bracket is an age of vitality and vigour, we enjoin the present Super Eagles to use that maximaly and win the tournament for the fourth time.

AGAIN to make the tournament seamlessly free and devoid of crisis, the Federal government had put in place a powerful delegation headed by the Governor of Lagos State, Babajide Sawoolu. Others in the delegation are Speaker, House of Representatives, Femi Gbajabiamila, Deputy Senate President, Movie Omo-Agege, the Chairmen, Senate and House committees on Sports, Senator Obinna Ogba and Olumide Osoba among others.

THEREFORE, with these arrays of heavyweights supporting and giving Super Eagles the needed supports at the tournament, expectation of Nigerians is that our players will bring home the football diadem for the fourth time. This is not impossible if our players can be cohesive, play to instructions, fight in unity and never lost concentration at the tournament.

WE regret to note that out of the list of 63 match officials who will officiate at the AFCON tournament, Nigeria is having one official, Samuel Pwadatakum who will work as an assistant referee.

THE HOPE thinks this poor outing should be a food for thought for Nigeria Football Federation, NFF, that Nigeria has been subjugated to the background in football by the Confederation of African Football,CAF. Also it shows that our football local league is nothing to write home about. It is not growing because of the corruption issue. The league should be rid of corruption, ineptitude and winning at all cost syndrome.

AGAIN, that the Super Eagles are parading one home based player should be critically looked into. It shows the level of our league, poor runs of our players and it is nothing but failure of a nation with great football talents at every nook and cranny of the country. Our dependency on foreign players is a big blow and indictment on our local league which is supposed to produce at least 50 percent of the National team.

FINALLY, we charge NFF to make the local league competitive through sponsor(s). It should also reintroduce academicals and principal cup competitions and grow the sports at the grassroots level which were a breeding ground for talents discovery in the past for the country 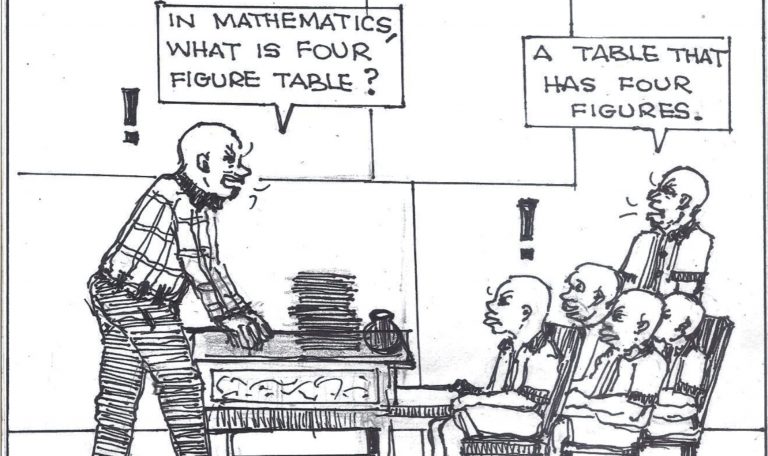