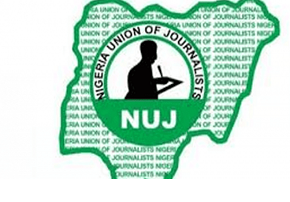 By Fatima Muraina
|
An Economic expert, Elder Fessy Olabode has  called on the Ondo State government  to treat professional journalists specially  like the health workers, stressing  that they are the most vulnerable among the essential workers in the state and the country at large.

Elder Olabode made this  statement  in a chat with The Hope yesterday in Akure the Ondo State capital.

Olabode  commended the State Governor, Arakunrin Oluwarotimi Akeredolu on his recent approval  of  additional allowance for health workers said journalists too  should be considered for such package.

“At least, if the health workers  are getting 50 percent addition to their pay, 20 percent should  be added to journalists pay.”

He said  Journalists are exposed to harzardous threat in the course of their reportorial duty working during  odd hours when  people are expected to stay safe at home.

“They  are exposed to dangers like interviewing infected persons and many of them are not getting the PPE when going to danger zones”.

“Pallative is not enough but they should also be entitled to hazard or risk allowance,” he said.

He expressed  dissatisfaction that journalists  were not often considered when it comes to welfare packages.

He said there was need to encourage them more in their duties beyond giving them pallatives, by  seeing   them as very special essential workers like the health officials .

He,  however, called on the leadership of the Pen profession to demand for what is due to them.