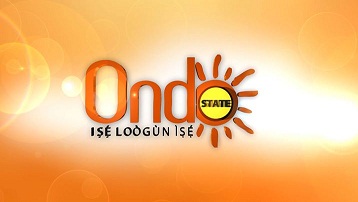 From Jimoh Ahmed, Ikare Akoko
|
Funding may not be totally responsible for the decline of educational standard in the country after all.

A cross section of people from the academic world and the education sector stated this in an interview with The Hope.

According to them, funding is just a small factor responsible for the fall in the standard but other factors ranging from government policies, parental issues, attitude of students and other societal challenges are largely responsible for the situation.

Dr Lanre Olu Adeyemi, a University lecturer at Adekunle Ajasin University, Akungba Akoko posited that although funding is part of the reasons the standard of education is at a decline in Nigeria but that it is largely responsible for it.

Dr Olu Adeyemi the position funding takes in the fallen standard of education is small when compared with other factors.

He believes the failure of government in managing the economy has affected all facets of the economy including education as well as corruption are largely responsible for the fall in education standard in Nigeria.

Dr Olu Adeyemi declared that examination agencies in the country are also responsible for the situation.

He particularly hammered on the Joint Admission and Matriculation Board, JAMB, which has continued to lower it cut off marks for admission into the nation’s Universities as a major reason why students are no longer doing well.

According to him, it was not the situation in the past and when this is done, the result is poor intakes into the university system and most of the time they may not be able to cope with the academic standard in the schools.

Equally the University lecturer blamed private schools for the situation.

According to him, this private schools are businesses which survive on making profits and as such could bend the rules to suite them.

It was his view that, most often they could arrange for their students to do well.

Similarly he blamed parents for the decline saying that nowadays parents take their children to ‘miracle centres’ and even buy admissions for them in the universities while they also throw then at the schools without bordering to check on them to know what they are doing.

He has therefore called on government rise up to the occasion by being in top of the situation advising that every kobo spent by government should be properly monitored and supervise how it is being spent.

Similarly he called for the managers of education to closely supervise those working under them for an improved standard in the education sector.

On his own, the Dean of the Faculty of Business Administration, Rufus Giwa Polytechnic, Owo, Dr Ayo Owoputi attributed the fall in the standard of education in Nigeria to government policy on Education.

Dr Owoputi berated the situation where enough provision is not provided for education in the National budget.