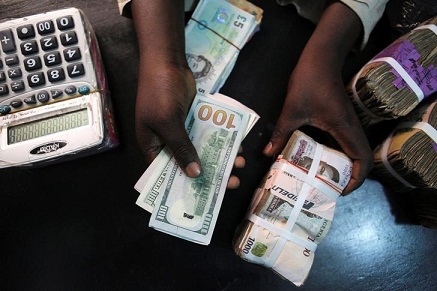 As  Nigeria’s debt profile soars, experts have proffered  subsidy removal as magical wand to tame the economy and bring comfort to Nigerians.

This was the submission of economic experts who described subsidy as a means of enriching the rich and making life miserable to the common man.

They, however, urged government to put in place measures that will cushion the effects on those that will be badly hit.

They also suggested that the government should ensure transparency in the management of the funds that will be saved.

Those who spoke with The Hope include: Prof Benjamin Folorunso, Dr Abiodun Adegboye, Dr. Adebayo Adedokun, Dr. Akintoye Adejumo and Dr. James Dada all from the Department of Economics, Obafemi Awolowo University Ile-Ife.

Dr. Adebayo Adedokun said for Nigeria to make any meaningful progress, oil subsidy should be removed, noting that Nigeria is not ripe enough to subsidize the Premium Motor Spirit.

“If we want to let Nigeria move forward, there should be removal of fuel subsidy because it has both economic and psychological effects on people.

“When we hear people chanting subsidy and those marketers benefiting from it are telling the masses that they are going to increase the price because they are getting it at an increase price as well and that government is not paying the subsidy.

“Psychologically, those who even have the fuel will normally hike the price beyond the amount they would have sold the product if there is no subsidy. Though, if government hands off completely, it will have high impact on the people at the lowest level of the economy, however, the pain will be ones and for all.

“But before the government completely remove the subsidy as proposed, it should ensure that there is transparency in the system. The economy will be affected but it will only be for a while and later, everyone will get used to it.

“This is the only way Nigeria will progress, if this is not done, some persons will just continue to feed fat on the resources that belong to everybody all in the name of  subsidy.”

Dr. Akintoye Adejumo said “it has been argued over and over that subsidy is a scam. It is an economic wrecking venture emplaced by the government. So, its removal is important so that we will not be paying the high price for fuel, whereas the so called subsidy is only enjoyed by people who are swindling the money.

“If you look at what is budgeted for subsidy payment this year, it is even more than the budget for capital expenditure and despite this, we are still paying high price of fuel not only in terms of naira but also in terms of time spent looking for the commodity where it is cheaper so of what use is the subsidy? It is better to remove it so that we can face the real cost.

“But before this is done, the government must ensure that all our refineries are working, the oil sector should as well be pruned against any form of corrupt tendencies.

Professor Benjamin Folorunso said Nigeria as it is today is a country with leaders that are not totally sincere and have no sense of direction.

“They have said it before that they have removed subsidy. Subsidy is meant to cushion the effect of petrol price on the masses, for instance, if the cost of importation is N200 per litre, for the government to subsidize it, it means certain amount will be paid by the government so the masses will get it as a lesser price but unfortunately, we are not seeing it this way.

“The entire subsidy is just a blatant lie because the government of Nigeria is not transparent. As an economist, the question we ask ourselves is ‘who are the people that will benefit from the subsidy removal?’

“If they are giving license to people to import, who are the people they are giving these licenses to and at what rate are they selling to the government, how much is government paying to subsidize? All these are the questions we ask as academicians and until government is ready to give answer, we are going no where.”

Dr Abiodun Adegboye was also of the same opinion, noting that the management of fuel subsidy in Nigeria is not transparent, hence the reason behind the agitation for its removal.

“If it is not well managed and laden with corruption, then we go no where. The one that is budgeted for is in trillions and Nigerians are not getting value for the money, therefore if it is removed, the money allocated for this will be spent on the nation’s infrastructure, this is the political side to the subsidy removal.

“The economic side is that it is understood that if the subsidy should be removed, this will lead to increase in prices of commodities. The fact remains that these prices are already high and many people have been pushed into extreme poverty and this will continue if fuel subsidy is removed.

“As for me, I will recommend transparency in managing fuel subsidy. Fuel subsidy should still be retained for Nigerians to benefit but the management should be more efficient.”

Dr. James Dada also said Nigeria is not ripe for subsidy removal at the moment. “For the last two to three years, there has been inflation despite the fact that subsidy has not been removed completely.

“For instance with subsidy, it is being sold for N180 per liter as the official price, some sell it for N250, now without subsidy, it will be sold for about N440 or N500 per litre, the implication on the wage earners will be unquantifiable and the fact remains that what the economy enjoys is the salary people are receiving from the wage earners.”