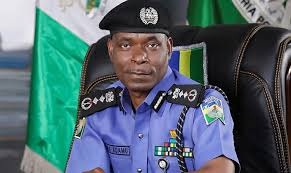 By Michael Ofulue
|
Apparently disturbed by the rate of extortion and other uncivilised behaviours of some policemen on highways across the nation, the Inspector General of Police, Mr Muhammed Adamu, have deployed monitoring units to check the excesses of his men on various road checkpoints.

The monitoring unit which is being headed by a senior police officer has a mandate to arrest and bring to book any erring policeman or woman alleged to have extorted money from innocent motorists all in the name of ‘Stop and Search’ exercise.

The Ondo State Police Public Relations officer, Mr. Femi Joseph, who spoke on the development with The Hope Metro, said the command has deployed its own monitoring team to monitor the policemen on highways across the state to ensure that they are doing the right thing.

He said all is in compliance with the directive of the IGP’s zero tolerance for corruption, professionalism, respect for Human Rights, dignity and civility to members of the public.

Joseph hinted that the state monitoring unit, headed by a senior police officer is expected to move round the major highways and all the crime branches of the force, including police stations to ensure that policemen on those beats are not going against the police Acts, rules and regulations.

According to him, any policeman or woman caught to have been involved or engaged in any act contrary to the police Act, rules and regulations would be arrested and made to face a disciplinary action.

His words, “We have re-invigorated our monitoring units and they have been deployed to the highways to monitor our men on routine ‘Stop and Search’ exercise.

“The move is in compliance with IGP Adamu’s directive that policemen on the roads should be properly supervised and monitored.

“IGP’s move is to ensure that policemen on road checkpoints do not extort money from innocent people. But  they should rather capitalise on stamping out every act of criminality happening on the roads, especially kidnapping, robbery and other heinous crimes,” he stated.

The police spokesman enjoined the general public to always cooperate with policemen on the roads and also be bold enough to report any policeman asking for money or any gratification, adding that police authority frowns seriously on such uncivilised behaviours from those saddled with the responsibility of maintaining law and order in the society.

The PPRO, therefore, urged the general public to be security conscious at all times and report strange movement of individuals to the nearest police station or call the hotline numbers for onward action, saying the job of effective crime detection, control and prevention is joint responsibility not for the police alone.

It would be recalled that policemen manning Akure/Owo/Ifon, Ondo/Ore roads were alleged to be in the habit of extorting motorists of some amounts of money ranging from N50 or N100 naira,under the guise of Stop and search exercise.

A passenger, who preferred anonymity told The Hope Metro that the rate of extortion along Akure/Benin road was becoming unbearable, adding that it was already affecting transportation because drivers were forced to part away with N50 or 100 as the case might be.

He lamented the annoying rate of extortion on the roads, saying something urgent needed to be done to check the excesses of the policemen.

He called on the authorities concerned to be alive to their responsibilities and bring erring policemen to book so as to serve as deterrent to others.