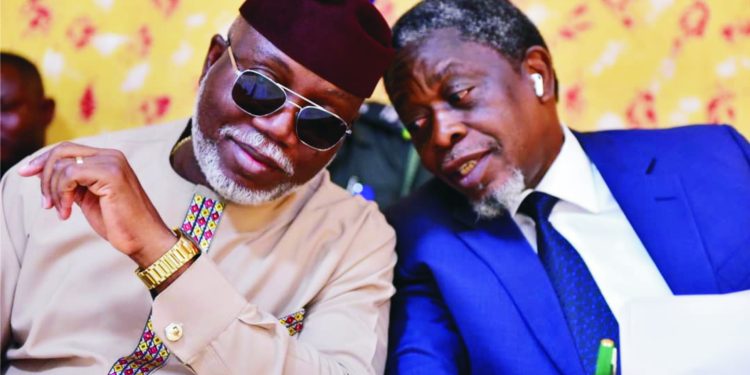 The Federation Ac- count Allocation Committee (FAAC), at its meeting, shared a total sum of N990.189 billion to the three tiers of government as federation allocation for the month of December 2022.

In a statement, Phil Abiamuwe-Mowete, Director (Information/Press), Federal Ministry of Finance, Budget and National Planning, said, “Communiqué issued by the Federation Account Allocation Committee (FAAC) at the end of the meeting indicated that the Gross Revenue available from the Value Added Tax (VAT) for December 2022, was N250.512 billion, which was an increase on the amount distributed in the preceding month.

“From this amount, the sum of N7.215 billion was allocated to NEDC project and the sum of N10.020 billion to Cost of Collection to FIRS and NCS, and remaining the sum of N233.277 billion which was distributed as follows: Federal Government got N34.992 billion, states received N116.639 billion, Local Government Councils got N81.647 billion.

“Gross Statutory Revenue of N1136.183 billion was received for the month which was higher than the sum re- ceived in the previous month. From this amount, the sum of N31.531 billion was given to Cost of Collection and a total sum of N396.896 billion to transfers.

According to the communiqué, the total revenue distributable for the month of December was drawn from Statutory Revenue of N707.756 billion, Value Added Tax (VAT) of N233.277 billion, Exchange Gain of N24.841 billion, and N24.315 billion from Electronic Money Transfer Levies (EMTL), bring-ing the total distributable revenue for the month to N990.189 billion.