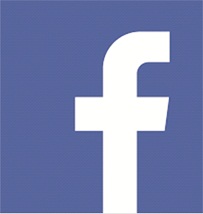 By Balogun Johnson & Olaoluwa Omolafe
|
A middle-aged man, Ayobami Adewusi, has been  arraigned before an Akure Chief Magistrate Court at Oke-Eda, over alleged impersonation  and fraud.

The defendant and others at large were said to have committed the offence between July 17 and 19, 2019, at about 3:55pm at Iju, in Osi Magisterial District, Akure North Local Government Area.

According to the charge sheet, the defendant was alleged to have hacked into the facebook account of one Tesleem Adesope, and impersonated him, pretending to be the account owner to defraud five people.

He was also alleged of fraudulently obtaining the total sum of N115,000 from the complainants: Adesope Tesleem,  Ilori Olayemi,  Kuye Damilola, Adeniyi Abidemi and Ajayi Bukola through bank account domiciled with First generation bank of Nigeria.

The prosecutor, Mr Suleiman Kolawole, moved an application for adjournment of the case to enable him study the case file and gather his witness before the court.

The defence counsel, Mr J.A. Famoriti, did not oppose the adjournment date sought by the prosecutor. He prayed the court to grant the defendant bail in most liberal term.

He submitted that bail is a constitutional right of any person accused to have committed any offense and that there is presumption of innocence for such person.

The Chief Magistrate, Mrs, O. A Dada, granted bail to the defendant in the sum of N200,000, with one surety. “The surety must be a civil servant of at least grade level 10 living in his own house. If  not, he must own a land property worth the bond on the defendant.

The case was adjourned till September 25, 2019 for hearing.