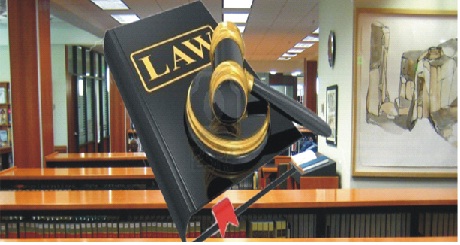 There are many problems affecting criminal prosecution in Nigeria, our reporter, Michael Ofulue sought the opinions of legal practitioners on the issue. Experts:

There are so many factors affecting criminal prosecution in Nigeria. The difficulties encountered in criminal prosecutions start from the police investigation level. In most cases police officers assigned to investigate cases are not well trained in such endeavour. They lack the needed capacity for thorough and unbiased criminal investigation. They are not well grounded in the rudiments of law particularly laws that border on administration of criminal justice. In most cases when a police officer is investigating a case, what will be playing in his mind is the pecuniary gain that would come out of such case in the mould of bail fee. Don’t be deceived with the police slogan that bail is free.
So while he is thinking about the pecuniary gain, he will definitely leave some stones unturned thereby leaving behind loopholes for defence lawyers to explore in court. Secondly, the government is not sincere in its quest for expeditious criminal prosecution in Nigeria. The facility is simply not there. The courts and by extension the magistrates and judges manning them are ill equipped while discharging their duties under unfavourable environment.
You don’t expect much productivity under that kind of terrible circumstances. Our criminal adjudicating system is also too lax thereby giving room for slow pace in criminal prosecution. The government needs to train and retrain the police personnel in order to equip them with the needed human capacity building in terms of criminal investigation which meets global best practices. There is also the need to strengthen the judiciary to enable it meet modern day challenges facing criminal adjudication in Nigeria. Above all there is the need to overhaul legal frameworks regarding criminal prosecution in Nigeria to meet global best standard.
Coming to the issue of whether victims of rape should be responsible for their treatment costs or the government, we should be mindful that everybody has the right to choose where he or she receives health care as well as the choice of who takes care of him or her medically. Legally the government is not bound to be responsible for the treatment of victims of rape. Government can only come in on moral or humanitarian ground.
This is due to the fact that a victim of a rape may prefer to be treated in a well equipped first class hospital overseas. That remains his or her choice. Some victims may prefer low key public hospitals. That is also their choice. So how do we balance the issue of preference or choice of place of treatment of the victims? One may argue that government can make a blanket policy to the effect that the same hospital, probably government or public hospital shall take care of rape victims but the fact remains that we cannot legally force them to use a particular hospital.
Constitutionally they are entitled to a health facility of their own choice. That is why many of our leaders are going on medical tourism abroad and there is nothing we can do about it legally at least for now. If we have to look at it on moral or humanitarian ground, there is the need for the government to assist victims of rape in terms of medical test and treatments. It should be noted that many rape cases are lost on the ground of the inability of the prosecution to tender before the court a medical report to confirm whether there is actual penetration, rupture of the hymen, vulva bruises and all that.
So most rape victims, apart from the trauma and fear of public stigmatization find it difficult to go for medical test and treatments due to lack of financial wherewithal. They therefore withdraw into their shells while sulking their fate in isolation without telling anybody. If there is a policy of providing free medical test and treatments for rape victims they are likely to avail themselves of this opportunity thereby improving their access to health facility as well as the chance of the prosecution to secure conviction against rape offenders. We therefore advise the government to as a matter of urgency set up legal frameworks to ensure that rape victims have unfettered access to medical tests and treatment.

There are so many factors that inhibit effective criminal prosecution in Nigeria. Some of the factors are inherent in the prosecuting agencies, some with our legal system, some with the justice delivery system, while some of the factors are societal.
A brief examination of these factors will be appropriate here. In Nigeria most investigation agencies equally have prosecutorial powers. Let’s single the Nigeria Police Force for the purpose of this discuss. Successful prosecution depends largely on effective investigation. There is no doubt that Court’s are not bound by Police investigation but by the facts presented before the court during trial. However, thorough investigation will ordinarily lay a strong foundation for effective prosecution. Effective investigation will necessarily make prosecution an easy ride. Bulk of cases coming to court are poorly investigated.
Police investigators don’t have more than school certificate and they are not exposed to quality training programme for performance enhancement. Apart from the six months basic recruitment training, some of them have not attended any other course for more than 10 to 15 years.
The society advances everyday, particularly technologically. There is need for those policing us to equally move with the society. Most modern day crimes are committed with the aid of internet technology. Investigators must be schooled in this area to be able to investigate any alleged crime in that area of life. Lack of quality education on the part of investigation agency is a factor for concern.
Another factor is those who prosecute. Most Police prosecutors are junior Police officer who barely have school certificate. These men are sent out to courts to argue law with qualified lawyers and expect them to win. It is a difficult task!

As for challenges affecting criminal prosecution in Nigeria, I would say that there are many challenges confronting the Criminal justice system in Nigeria. One of them is the failure of the prosecution to assemble their witnesses and present them to the court during trials. This usually happen at the magistrate or High court where prosecution usually failed to bring their witnesses to the court. This has been a major set back in prosecuting criminal cases and it also affects quick dispensation of cases especially those of capital offences such as murder, armed robbery, kidnapping and rape.
He explained that in any capital offence, if the prosecution failed to bring witnesses to the court to give testimony during trial of any serious offence whenever called upon, such thing normally stall prosecution and quick dispensation of such a case. And that is why we the counsels always face problem in handling those capital offence cases. As you can see the case of rape is very sensitive one to human development and it is one of the most reported cases happening everyday in Nigeria. As I speak to you now, I am handling some rape case and now I am facing a challenge of assembling my witnesses and bring them to the court during trial. I have been to the state Ministry of Justice to ensure that they bring their witnesses and they have not and this has prompted continuous adjournment on the matter.
Also on the side of the defendant, some of them have a way of using every available means to stall prosecution by the way of bribing the prosecution (police). The police usually come to the court to give excuses and this also is a way of frustrating and delaying justice because justice delayed is justice denied.
Incessant adjournment by the prosecution is also another headache which is affecting criminal prosecution in the country and this issues need to be properly addressed. A situation whereby the prosecution refused to bring their witnesses to court and giving unwarranted excuses forced magistrate or a judge to continue to adjoin the case which he said has not help in criminal administrative system in Nigeria.
On possible solution to these enumerated problems, Balogun hinted that the prosecution themselves need to change their attitude in the way and manner they carry out their job and. He stated that there is need for amendment of Police investigatory Laws which specified how the police should carry out investigation on any crime brought before them. According to him if the police carry out proper investigation properly, and in accordance with the laid down rules, the issue of non diligent prosecution will not arise.
While saying there is need for the law enforcement agency to work in harmonious relationship for effective management of criminal justice system, Balogun suggested that those charged with the responsibility of prosecuting cases in court must be well trained with requisite qualification and knowledge in law so as to help quicken the dispensation of justice.
He blamed the unwarranted adjournment during trial of capital offence cases on the side of prosecution, adding that Administration of Criminal justice Act (ACJA) of 2015 and that Of Administration of Criminal justice Law (ACJL) of Ondo State should be a guiding principle for both counsels and prosecution to abide with for overall interest of justice.
He, however called on prosecution, counsels, magistrates and judges to stop every act capable of delaying justice dispensation, adding that accused person remains innocent until proven by a competent court of the land.