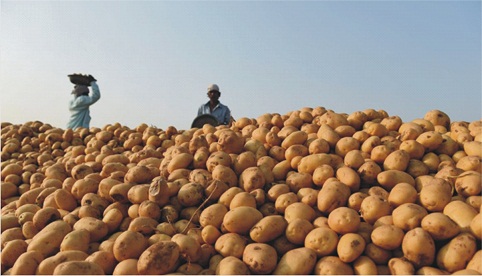 Potato has been described as a substitute to reducing the quantity of flour and bring down high cost of bread.

A board of Trustees member at the Ondo Green initiative, Mr Oladimeji Olalekan disclosed this, in an interview with The Hope in Akure.

Olalekan stated that industrialists would also have the opportunity to get raw materials within their neighbourhood for production, adding that farmers will have increase in their income while consumers will be able to afford their commodities without stress.

According to him, efforts have been made to meet with the state commissioner for Agriculture and Forestry, Mr Olayato Aribo on the development.

Olalekan expressed that his organisation is looking at ways to improve farmers’ production and bring the best improvement in the grain environment and as well, make the environment very friendly for all to reside.

While reacting on the 2022 agricultural show and food fair, he urged the organisers to always ensure good publicity as she observed that people’s participation is very low this year compared to that of last year.

He described agricultural show as a platform for new opportunities, to showcase some new ideas in agric or animal husbandry and to learn new things.

“Agricultural show should be an avenue where people can come together to  trade and to increase their knowledge and capacity in the way of doing things for the development of the farmers, the people, state and the country at large”, he said.

Life unfair to us - Underemployed graduates