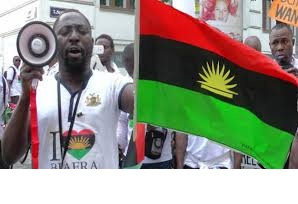 By Jubril Bada
|
The Special Adviser to the Ondo State Governor on Igbo Matters, Prince Uzoma Egbulefu, has said that fate will determine if Igbo will become the president of the country in 2023.

He pointed out that if 2023 general elections has been ordained by God as the turn of Igbos to become the president of the country, saying that it would not be changed.

Egbulefu stated this in an interview with The Hope in Akure.

He explained that whoever that is destined to be the next president of the country from any of the ethnic groups after the President Muhammadu Buhari tenure will be elected.

He commended Governor Oluwarotimi Akeredolu-led administration in the state for its giant stride in the area of education, health  and infrastructural development among others.

The Special Adviser said the Igbo community in the state is strongly behind the present administration.

He said Igbos would not relent in their support to ensure the governor is reelected for second term.