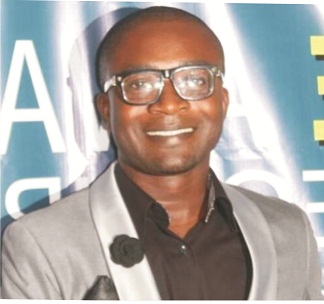 From Victor Akinkuolie,  Ado-Ekiti
|
Ekiti State Governor, Dr Kayode Fayemi has commiserated with the leadership of the State Assembly and family of Hon. Michael Adedeji, a member of the Ekiti State House of Assembly who died on Monday, following gun shots he received from unknown gunmen last week.

The Governor described Hon Adedeji’s death as a rude shock, adding that the government would leave no stone unturned in ensuring that the culprits are found and brought to book.

Fayemi said he had instructed security agencies in the state to unravel the circumstances surrounding the attack and eventual death of the lawmaker as well as that of the State Treasurer of the All Progressives Congress (APC) who was murdered in cold blood a few weeks ago.

He stated that Hon Adedeji, who was elected on the platform of the Peoples’ Democratic Party (PDP), was a patriotic citizen who believed in the development of the state. He said the late lawmaker demonstrated his patriotism by supporting the new administration in the task of rebuilding the state.

It  would be recalled that Adedej, a member of the Peoples Democratic Party  (PDP) caucus of the assembly, was said to have been allegedly shot in the head, while being accosted by gunmen during a trip to Akure, Ondo State capital .

He was immediately recalled  to Ekiti State University Teaching Hospital, Ado Ekiti (EKSUTH) for emergency medicare , where he was later referred to FETHI.

The Hope Metro authoritatively gathered that the  lawmaker was one of the few members of the Ekiti  Assembly that had strained relationships with former Governor Ayodele Fayose before his exit as the Governor of the State.

While stating that it is the responsibility ofgovernment to ensure security of lives and property of the citizenry, the Governor vowed that the perpetrators of the dastardly act would not go scot free.

He assured the people of the state that the administration is working with the security agencies to ensure that violence, in whatever form, is curtailed.

Fayemi prayed God to give the family of the deceased the fortitude to bear the loss.