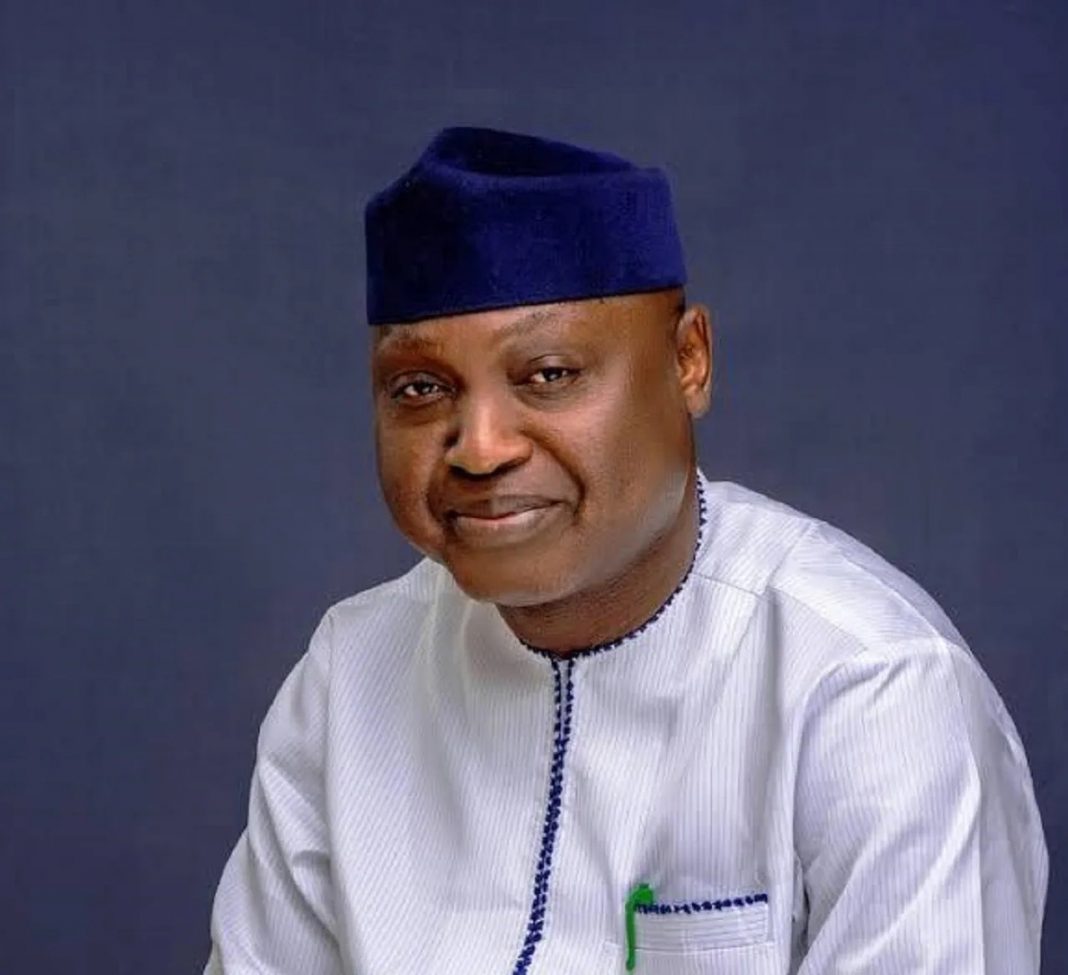 Ekiti State Governor, Mr Biodun Oyebanji, has said that the former Governor of the State, Dr Kayode Fayemi, did not impose  any candidate on him as Commissioner-designate.

He also debunked insinuations in some quarters that he was under pressure by the immediate past Governor and his wife, Erelu Bisi Fayemi and former Deputy Governor to appoint their cronies into his cabinet.

Oyebanji spoke in Ado-Ekiti when he presided over  the swearing-in of the  Secretary to the State Government, Dr Habibat Adubiaro and the Attorney General and Commissioner for Justice, Dayo Apata.

The Governor said the two officials were appointed based on their rich credentials and experiences, stating that his administration has promised to get very competent Ekiti indigenes wherever they are to man strategic positions in his administration.

Oyebanji said he had promised the people of the state that members of his cabinet would be the best set of individuals that would assist him in managing the affairs of Ekiti in a manner that would bring about the fulfilment of his electoral promises to the people of the State.

According to him, “While I recognise the right of people to freedom of expression, I also have the right to respond to the fake news being circulated on social media. Having listened to the CVs of the two appointees, you will discover that they got this job clearly on merit. My promise to Ekiti people is that I am going to look for the best anywhere to help me run Ekiti and that is what we are going to do.

The Governor further charged the duo to develop a robust policy engagement platform where policy stakeholders can learn, interact, engage, review and evaluate government plans and programme from time to time to achieve the overall objectives of his administration.

Responding on behalf of the duo, Apata assured the Governor that they would live a life of dedication, commitment, integrity, loyalty in discharging their responsibilities.

Expressing gratitude to the Governor for the appointment, Apata said they would key into the vision and mission of his administration and also add value to the progress of the State.

The new SSG, Dr Habibat Adubiaro, who holds a doctorate degree in Chemistry,  was formerly Vice Chairman of the Academic Staff Union of Universities (ASUU), Federal University, Oye ( FUOYE) Chapter; while Apata was a former Solicitor General of the Federation and Permanent Secretary, Federal Ministry of Justice, Abuja.