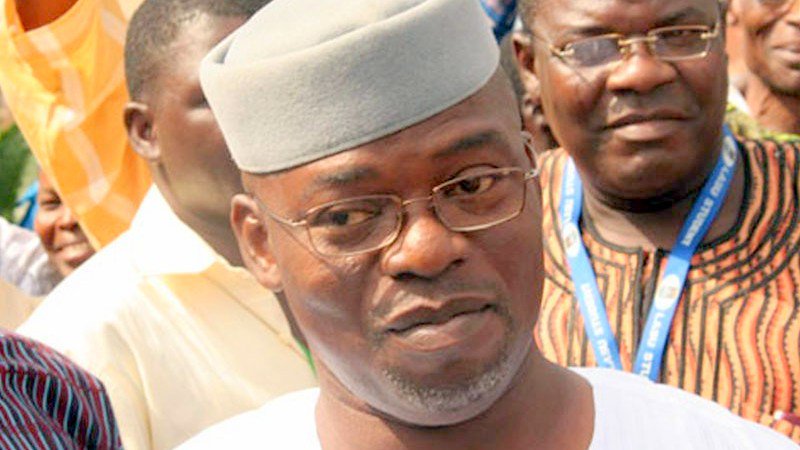 Following a purported bid to  defect from the Peoples Democratic Party (PDP) to a yet to be disclosed party, apparently to  realise his ambition, Mr Segun Oni Campaign Organisation has raised an alarm that  there has been surreptitious and intense plot by Governor Kayode Fayemi and ex-Governor Ayodele Fayose to thwart Oni’s move to the new party.

The organisation alleged that  the duo are uniting to foil the attempt because of  fear of mass exodus of members that will hit their parties.

The Movement said that the plot was initiated as a result of uneasy calm and ripples Oni’s defection had generated  in the  camps of the duo of Bisi Kolawole and Biodun Oyebamji, the PDP and All Progressive Congress (APC) respectively.

“Troubled by the mass movement of PDP members to the Oni’s camp, Fayose had ran to a radio station at Ikere Ekiti in an attempt to stop his loyalists who are moving in droves ,  but it was an exercise in futility, as his actions further mobilized more people to Oni meeting.”

In a statement made available to journalists in Ado Ekiti on Sunday, the Director of Media and Publicity, Segun Oni Movements (SOM) Jackson Adebayo,  said that the threat of that defection forced the  sponsor of the PDP candidate, former governor Fayose to hurriedly called a meeting of his associates to express his fear on the new development as thousands of the party members joined Segun Oni Movement.

Adebayo added that Fayose’s failed  attempt forced him to summon  an emergency meeting to his Afao country home where his loyalist advised him to immediately contact the governor of the state, Dr. Kayode Fayemi who coincidentally is the sponsor of the candidate of APC for collaboration on how to deal with Oni’s rising popularity.

Adebayo stated that, Governor Fayemi who initially  did not pick his calls however received a very strong worded messages wherein Fayose expressed the looming political danger if Segun Oni Movement is not decisively checked.

“The Oni movements maintained that the Governor who was not in Ekiti at the time directed Fayose to his Deputy, Otunba Bisi Egbeyemi for proper briefing hence he hurriedly went to him at his private residence in Ado Ekiti with two people whom he considered to be very loyal to him.

Adebayo  further explained that former governor Fayose convinced Fayemi that some of the aggrieved members of the APC attended the jam-packed meeting at Ifaki Ekiti where Oni unveiled his plans to contest the June governorship election on another platform and that serious mobilisation is also  going on within the APC for same purpose.

The spokesperson of the Segun Oni Movement added that it was at this stage that the governor promised to put some mesures in place before arriving Ekiti state when he would be able to meet with Fayose to map out a better strategy.