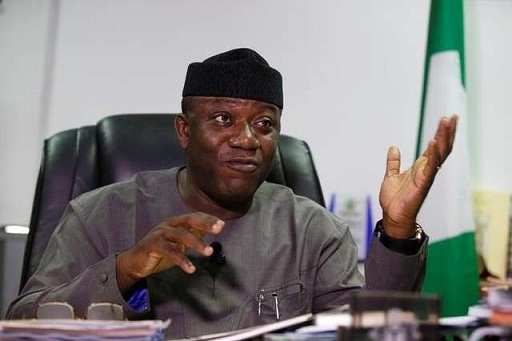 From Victor Akinkuolie , Ado-Ekiti
|
The Governor of Ekiti State, Dr Kayode Fayemi has commended the Independent National Electoral Commission (INEC) over its performance in the Saturday House of Assembly election.

Fayemi also said he looked forward to a time when Nigeria would be able to conduct all her elections in one day, possibly through electronic voting.

The Governor who spoke shortly after casting his vote at ward 11 Ogilolo polling unit Isan Ekiti, Oye Local Government area of the state, said the current election schedule in Nigeria where elections into all elective positions are conducted separately “is not a good use of time and effort”.

Fayemi however expressed optimism that the country would take advantage of technological advancement and switch to electronic voting to enhance a seamless voting process that will enable the electorate exercise their voting right while going about their normal daily work.

Speaking further on the performance of the INEC, the Governor commended the Independent National Electoral Commission for quickly addressing some hiccups that  could have paralysed the smooth conduct of the 2019 general elections; saying that he would be happy if the process runs smoothly in all parts of the state just as the card reader worked perfectly in Isan Ekiti where he voted.

The Governor who voted at 11:28am said the election went reasonably well and peaceful, but turnout was lower than it was during the presidential election a fortnight ago.

His words: “I have been in touch with virtually every local government and community in the state. The election has gone reasonably well, peaceful and the poll officials got to their units on time and voters were treated respectfully. It appears that we have a low turn out today, lower than we recorded during the Presidential and NASS election two weeks ago”.