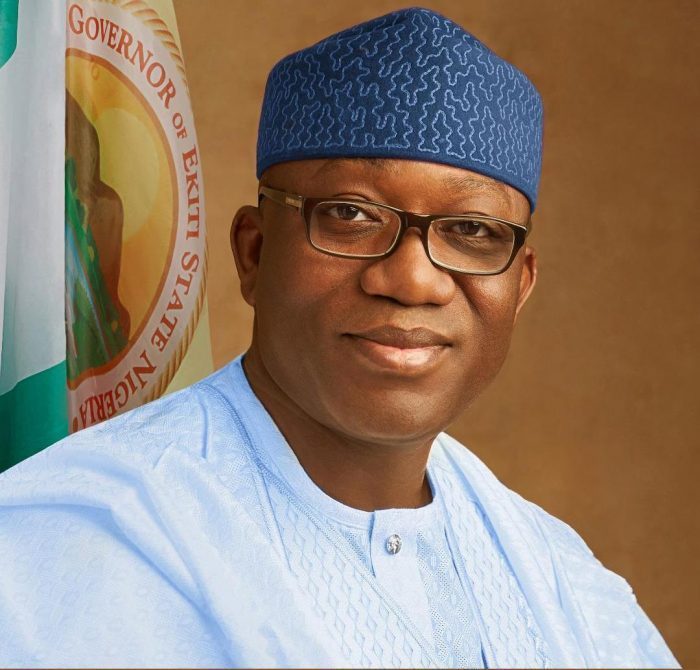 By Victor Akinkuolie
|
Following the recent  flooding which ravaged some towns and communities in Ekiti state, the Governor  Dr Kayode Fayemi, has visited the affected towns in the state.

Speaking in Ado-Ekiti at the weekend after inspecting the flooded areas of Ikere-Ekiti, Eporo and Ogbese,  the Governor said his administration has commenced dredging of major water channels in the state in a bid to prevent further reoccurrence of the flooding.

Fayemi who sympathized  with the victims of the heavy flooding which overran some bridges and flooded some homes and farm lands promised government’s support for the victims, adding that his government would leave no stone unturned in ensuring that perennial flooding is completely curbed in the State.

He assured that government would provide succour for those who were rendered homeless by the flood.

While warning citizens against indiscriminate disposal of waste in the drainages, the governor urged them to imbibe maintenance culture and desist from acts that are capable of endangering the society.

He added that anyone caught disposing waste in the drainages would face the wrath of the law.

Fayemi stated that government had desisted blocked drainages in virtually all parts of Ado Ekiti, the State capital so as to give room for free flow of water and forestall flooding, but lamented that some citizens have not stopped dropping refuse in the drainages.

The governor who interfaced with members of the community said the flood was not unconnected with the lackadaisical attitude of the contractor handling the construction of Ogbese dam.

Governor Fayemi immediately went to the dam and summoned the contractor to his office on how to control water from the dam and prevent it from causing needless flood.Ado-Ekiti.