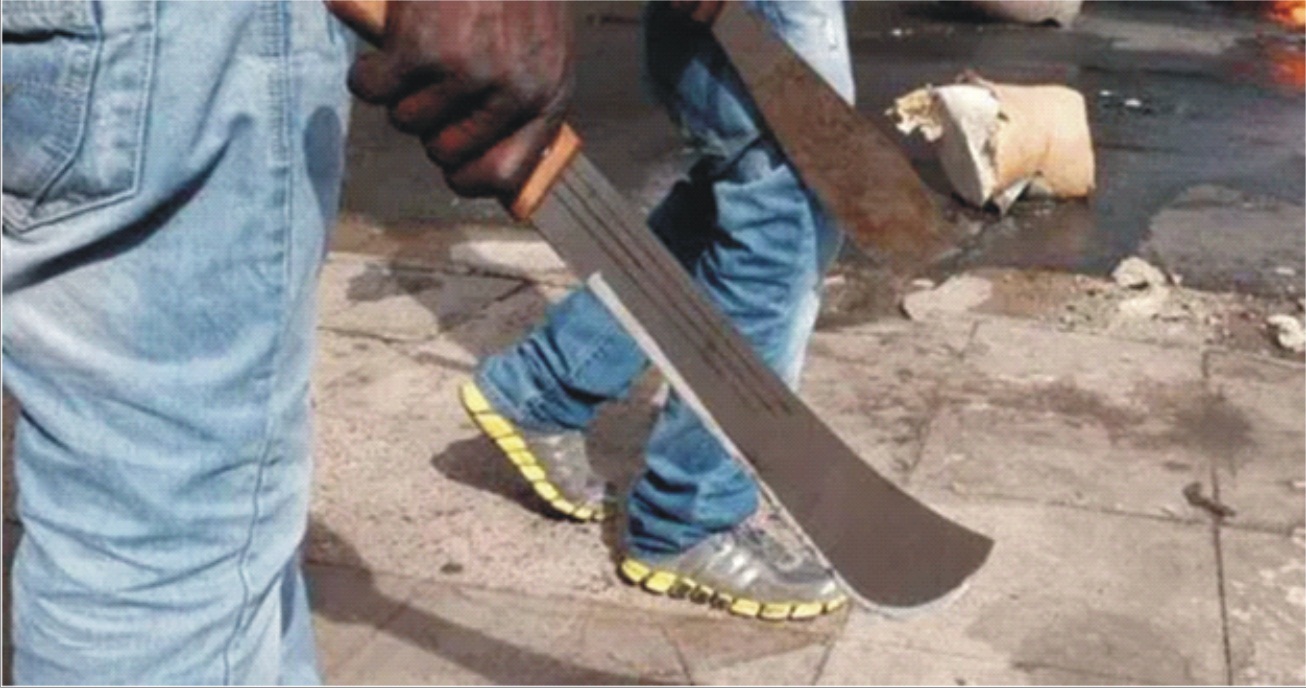 Residents of Okitipupa Local Government Area of Ondo State are now living in fear over incessant violent activities of cultists in the town.
The Hope Metro learnt that unwholesome activities of secret cult members were becoming worrisome and has created fear and anxiety.
Reports had it that some of the chasing themselves blocking roads, and preventing vehicular movement.
It took the intervention of some military officers, who were mobilized to the spot to dispatch them.
As at the time of filing this report, it was not clear if any arrest has been made. But soldiers were seen patrolling the area.
Speaking with the Principal of Ofedepe Comprehensive High School, Mrs.Janet Oyepitan said most of the suspected cultists seen wearing school uniform have been expelled from school long time ago, but only perpetrating their evil acts under the guise of being students.
“If you could observe, most of them were not in complete uniform. Some were with only shorts with different colours of shirts. Therefore, they are not our students,” she said.
It will be recalled that royal fathers in Ode-Erinje, Okitipupa, wrote a letter to the Divisional Police Officer, in Okitipupa, which was signed by Oba Adekoye Ipinsanmi Emmanuel, the Regent of Erinje Kingdom, and some other High Chiefs in the community ,to inform the Division of the spate of insecurity in their community.
In the letter, the royal fathers called for timely intervention of security agencies to help them in putting the community back to its normal and usual peaceful status.
“We are ready to work with your team to fish out these hoodlums and this we shall do without fear or favour.”
The community leaders said the cultists have become daring, such that they attacked members of the Amotekun Corps and other security agencies.
They urged the government to reinforce security in the town for them to sleep with their eyes closed unlike what is obtainable now.
Speaking with The Hope Metro, Oba Micheal Obatuga, the Jegun of Idepe Okitipupa, said efforts were underground to curb the activities of cultism in the town.
He advised parents to call their children or relatives to order who might likely involve in such unpleasant act that has turned the town to a den of criminals, even to the dislike of average peaceful indigenes and outsiders.
One of the leaders in Okitipupa, who does not want his name in print, said the suspected cultists are not indigenes of Okitipupa, saying we were able to pursue them out of the community.
“We also visited Ode-Erinje with some men of the Ondo State Anti-Cultism squad from Akure, and we were able to make some arrest.
Those arrested are currently undergoing intensive interrogation at the Anti-Cultism office in Akure.