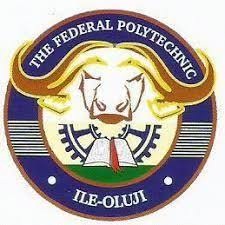 The third edition of the Rector’s Cup of the Federal Polytechnic, Ile-Oluji was been  held sport fiesta were the Rector of the Institution, Prof. Emmanuel Fasakin, other Principal Officers,  Staff, Students and Friends of the Polytechnic.

The annual football competition was inaugurated by the Polytechnic to promote the spirit of sportsmanship amongst the students and as an avenue for relaxation.

The Rector, in his speech, congratulated the two teams that made it to the grand finale of the competition and said there was no winner or loser in the competition since all teams are students of the Polytechnic.

He commended the players for their dexterity on the football pitch and assured them that the Management would continue to support sporting activities in the Institution adding that in no-distant time, the Polytechnic’s football team could rub shoulders with their counterparts in other Institutions, saying that the sky is their limit.

The fun-filled competition was rounded off with presentation of medals to players and the officiating referees. Prof. Fasakin presented the gold medal and trophy to Accountancy department, while the silver medal was received by Computer Engineering department and the bronze medal by the Computer Science department.