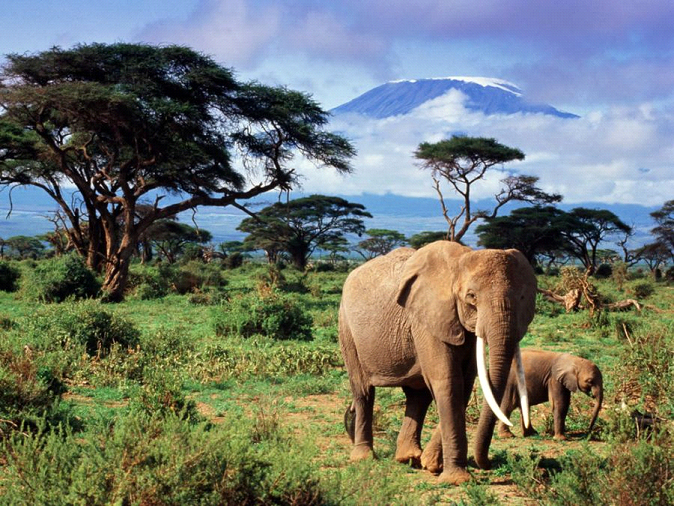 The Federal Government has approved N500 million for the take-off of 10 new National Parks in Nigeria.

It will be recalled that in 2020, the Federal Government approved 10 additional National Parks, bringing a total of 17 parks in the country.

Goni called on the State government and host community to give their unalloyed support to the agency for the project to thrive.

In his response, Oyetola applauded the Federal Government for approving Oba Hills Forest Reserve, located in Iwo Local Government Area of the State, as a National Park.

He noted that the new development will beautify and also improve the economy of the State.

The governor rejoiced that this new development will also put the legendary Oba Hills Forest Reserve on the world map, and turn it to a tourist site.

The State helmsman, therefore, pledged his maximum cooperation with the National Park Service for the smooth and effective take-off of the project.

Earlier in his welcome address, the Commissioner for Environment and Sanitation, Solagbade Oladepo appreciated the efforts of the Conservator General and his team in upgrading Oba Hills Forest Reserve into a National Park status.

The Commissioner equally appreciated the Steering Committee put in place by Governor Oyetola to midwife and sensitize the immediate communities of the forest reserve and prepare ground for its effective take-off.

He said Oba Hill Forest Reserve is 5,250 hectares of land with abundance of significant plant and animal species and five hills that have significant ecological importance which will surely help in the re-introduction and adaptation of important animal species, and other uniquely important features.

Oladepo, therefore, charged the National Park Service on the need to continue to fully carry Osun State Government along in the implementation of the plans and programmes for the take-off and management of the new Oba Hills National Park.